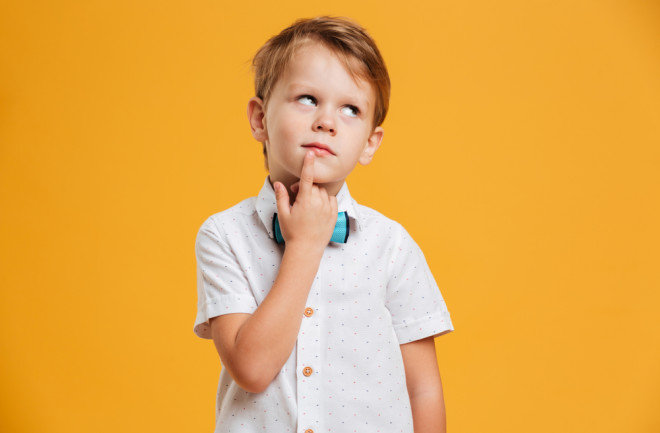 Children with autism have a hard time interacting with others. Although they may find people fascinating, they struggle with talking and relating to others. Many autistic kids have trouble adapting when routines change and struggle with anxiety.

Now researchers find an inability to predict the future may be the source of anxiety in children with autism. The results hint that many traits of autism such as the desire for sameness and repetitive behaviors may be how they cope with living in an unpredictable world.

Researchers from Italy tested typically developing children and autistic children’s ability to predict what will happen in the future by showing them videos of two kids interacting. In the videos, the children sit across from each other at a table. Between them is a plate with an apple on it. One of the children in the video either offers the apple to the other kid or he eats it himself.

The researchers included some clues as to what was the kid with the apple was going to do. How the child grabbed the apple when picking it up and the color of the plate both helped predict what was going to happen next.

Typically developing children were better able to predict what the kid in the video would do with the apple than children with autism thanks to contextual clues like the color of the plate, the researchers found. The scientists then assessed how the autistic children’s performance on the prediction task related to parent-reported anxiety scores. Children with more anxiety were worse at making predictions the researchers report Tuesday in the journal Royal Society B: Biological Sciences.

The findings suggest children with autism have a harder time predicting other people’s actions than typically developing children and this causes anxiety. The discovery “might explain a wide range of [autism] symptoms, such as insistence on sameness and repetitive behaviors, which can be conceived as coping strategies to reduce anxiety,” the researchers write.