Kids Today Are Not Inattentive

There's no evidence that children today are less attentive or more distractible than kids in the past, according to research just published by a team of Pennsylvania psychologists: Long-Term Temporal Stability of Measured Inattention and Impulsivity in Typical and Referred Children.

The study gave a large sample of kids the "Gordon Diagnostic System" GDS test of sustained concentration ability. This dates to the 80s and it consists of a box, with a button, and a display with three digits. There are three different tasks but the main one is a sustained attention test. The goal is to watch a series of numbers and quickly press the button whenever a "1" is followed by a "9". Easy... but it takes concentration to do well. Over the period of 2000-2006, the researchers gave the GDS to 445 healthy American kids, not diagnosed with any learning or behavioural disorder and not taking medication. They compared their scores to the standardized norms - which were based on a sample of American kids back in 1983. The results showed that today's kids scored pretty much the same, on average, as the 1983 kids. The average age-standardized scores were extremely close to the 1983 means, across the board. Children diagnosed with ADHD, as expected, scored much worse. Oddly, kids with an Autism Spectrum Disorder did just as badly as the ADHD ones. One of the researchers on this study is none other than Michael Gordon, who invented the GDS and, one assumes, makes money selling it. (Each GDS kit costs $1595, so someone is making a killing here.) So perhaps we should take this paper with a pinch of salt, because it's kind of an advertisement for the reliability of the GDS. Still, these results seem pretty solid. That's good news for American children... but bad news for people like Professor Susan Greenfield, who thinks that the internet and videogames are causing an epidemic of ADHD, and all kinds of other problems. These data suggest rather that, while ADHD diagnoses are certainly rising, children as a whole are not getting less attentive, suggesting that the rise of ADHD is more of a cultural shift. 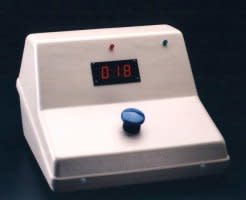