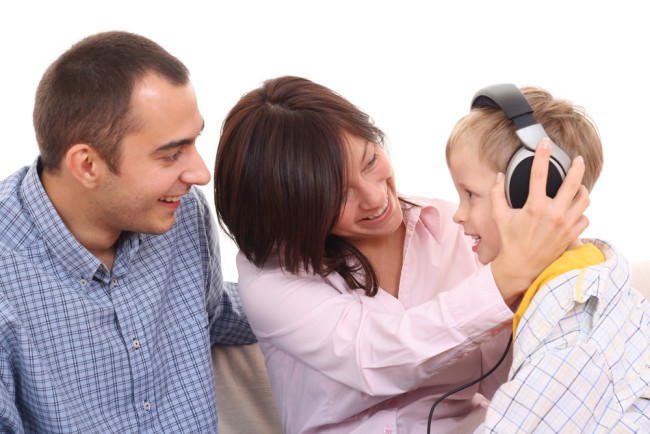 Despite the protestations of teens around the globe, a new study finds that young people do indeed feel connected to and enjoy their parents' music. A Cornell study

published in the journal Psychological Science finds that music heard by people during their teen years leaves an impression on them the rest of their lives – but not only that, they also have a connection to the music popular in their grandparents’ heyday, decades before they were born.

The term “reminiscence bump” was coined in earlier studies to characterize the phenomenon by which people disproportionately recall memories, feelings and experiences from personal events that happened in their late adolescence and early adulthood. Similarly, when it comes to music, people seem to have the greatest emotional connection – as judged by neural responses – to songs that were popular when they were in their early 20s. But the new study is the first to see so-called cascading reminiscence bumps, transmitted over generations. College-aged respondents had strong emotive responses to music that was popular when their parents – and even grandparents – were their age.

The Cornell study consisted of 62 participants who averaged 20 years of age, who were asked about their musical backgrounds and parents’ birth years. They listened to musical clips that contained the top two Billboard-ranked songs from every year between 1955 and 2009 and then reported how many songs they recognized and how much they liked them, among other things. Participants were also asked whether they had personal memories of the songs and, if so, whether the memories derived from listening with parents, others or alone. Predictably, the results showed the memories of the participants were stronger the more recent the music was, perhaps because it was the soundtrack to a night out or a summer fling. But what was striking was that the respondents produced two other, clear reminiscence bumps: for music from 1960-69 and from 1980-84, long before they were even born. They reported personal memories and nostalgic feelings for those songs. Since these time periods align with the late adolescence of their parents and grandparents, the researchers conclude that those predecessors' preferences were being handed down to their children and grandchildren, maybe via songs played in the car on family vacations or via a grandparent emphatically explaining why the Beatles were the greatest band of all time. However, another possible explanation, the report suggested simply, was that the quality of the music from the 60s was greater and thus the tunes more enduring. Which is very possible – Miley Cyrus is not helping her generation’s case. Image credit: Matka Wariatka/Shutterstock