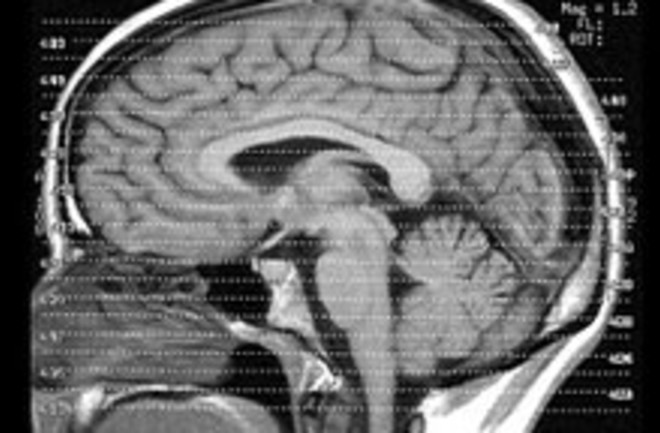 As much as we humans like to think we can do two things at once, our brains can only process one thing at a time—like the iPhone—but we can get better at switching between the two tasks, according to a study published in Neuron. Previous studies showed that multitasking activates the brain's prefrontal cortex, or PFC. This area has been found to be the "bottleneck" that can limit the speed at which we multitask, and it becomes less active as we practice doing two things at once. The prevailing theory for that decreased activity had been that

when we practise a task, the brain starts to automatically reroute information from the PFC to regions that are more directly involved [Nature News].

To investigate, researchers used fMRI scans to monitor brain activity by tracking blood flow while subjects multitasked, and found evidence that the previous theory was incorrect. The scientists found that a junction in the PFC which passes signals to other brain regions responsible for performing each task

responded earlier and for a shorter duration than before [in volunteers who had practiced multitasking], indicating it was processing information more quickly. "This suggests our brain becomes better at the task with training, not by reducing the dependence on [the PFC] but rather by improving the processing efficiency [of each task] through this bottleneck," says Marois, who acknowledges that other regions are also likely to be involved [Nature News].

The study also contradicted another theory of how we become more efficient multitaskers. That theory predicted that with practice, the brain learns to designate separate clumps of neurons, or brain cells, to perform the different tasks, instead of relying on the same cells to process information for both of them. This study, however, found no evidence of distinct groups of neurons operating in parallel, and instead showed that the same neurons are simply operating faster.

So we’re switching tasks quickly enough to appear to be doing them simultaneously [Scientific American].

Related Content: 80beats: New Theory of Alzheimer’s: Brain’s Memory Center Is “Overworked” 80beats: Researchers Can Find Out Where You Are by Scanning Your Brain 80beats: God on the Brain: Researchers Probe the Neural Circuitry Behind Religious Beliefs