The journal World Neurosurgery has just published a remarkable case report: the rather uplifting story of Pat Martino: Jazz, Guitar and Neurosurgery Martino (born in 1944 in Philadelphia) was playing jazz guitar by the age of 12. By 20 he had a record deal and a series of successful albums followed. But in 1976, he began to suffer headaches. As these became more intense, he developed psychiatric symptoms including mania and depression, along with seizures that left him confused. He attempted suicide on multiple occasions and was treated in psychiatric hospitals for depression, but to no avail. 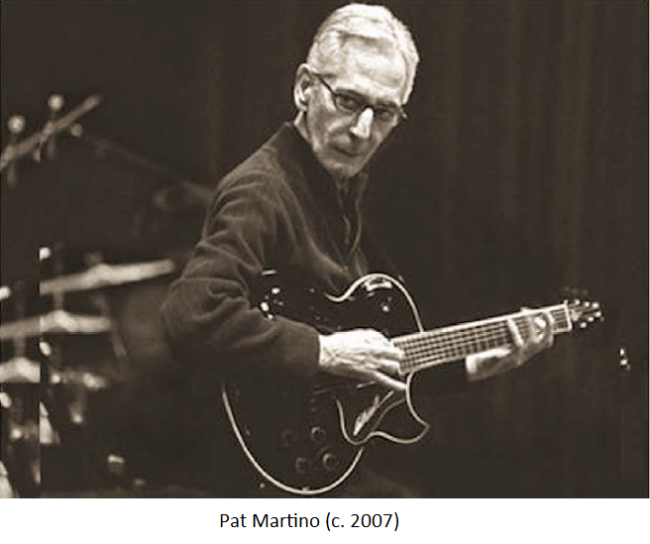 In 1980 a severe seizure left him hospitalized. The cause was finally found after a CT scan revealed an arteriovenous malformation in his left temporal lobe. Martino had probably been born with this abnormal mass of blood vessels, as they can lie dormant for many years. In his case, it had begun to haemorrhage, and had become life-threatening. So a surgeon removed 70% of Martino's left temporal lobe: 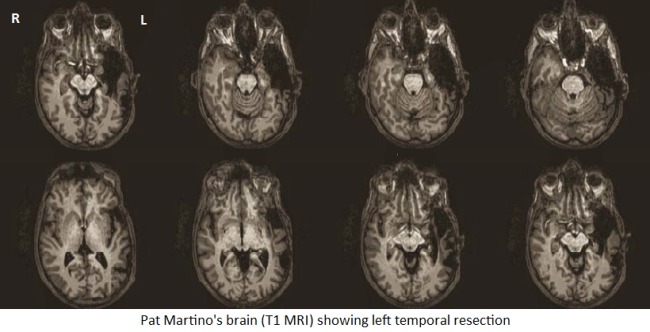 The result was devastating:

When discharged, he showed apparently no aphasia [loss of speech], but presented a profound retrograde amnesia, which included his own person, his environment and familiar people. He also had complete abolition of his musical capabilities.

So he began to relearn everything:

Aided by his father, the patient was gradually introduced back into his past, with the help of photos, encounters with friends, including other musicians, and, mainly, by making him listening to his own records. The patient, in turn credited to a computer the necessary help to revitalize his musical interest: a small Apple Macintosh with a tiny screen, and a 127K system with a music program... He returned progressively, though slowly and with difficulty, to play the guitar; this time as if it were a toy, "to escape the situation, and to please my father". The process of memory retrieval took him about two years. Although he never lost his manual dexterity, the necessary skill to play guitar again to his previous musical level took years to bring back. In 1987 he returned to record a jazz album called, logically, “The Return”.

It was Martino's first record for 10 years, but he's recorded 20 albums since and is still working. Though he experiences some memory problems, they don't affect his daily life, and he says that living more in the “here and now” has its advantages. 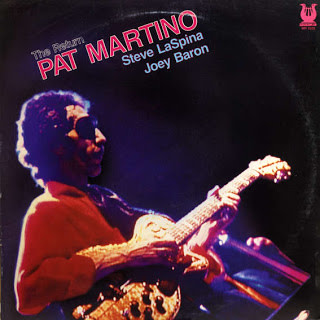 The authors of the World Neurosurgery paper (who include Paul Broks, of Into the Silent Land) point out that Martino's excellent recovery may have been aided by the nature of his illness. If the malformation had been in his left temporal lobe from birth, impairing its development, his healthy right temporal lobe might have taken over additional functions.