Jane McGonigal: The Gaming Fix for the Real World 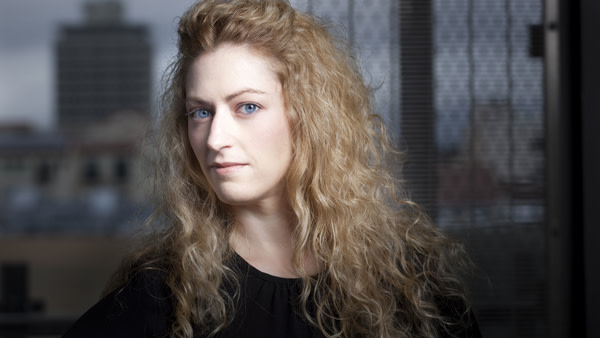 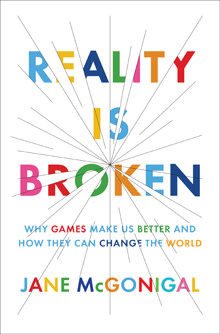 What about the idea of gamer's regret? Despite all the positive possibilities you've outlined for games, even gamers get that creeping feeling—after hours of play—like perhaps they're wasting their time. How much is too much, and will that stand in the way of games changing the world? There was a really significant study that tracked 1,100 soldiers for a year, and looked at how they were spending their free time with things they considered coping mechanisms—using Facebook, listening to music, reading, working out, or playing video games. They correlated this with incidences of post traumatic stress disorder (PTSD), depression, suicide attempts, and domestic violence. The found that by a very wide margin, the most psychologically protected individuals—who had the lowest rates of any of these negative experiences—were people who were playing video games 3 to 4 hours a day. The benefit started at an hour a day, and it got better and better on this perfect U-curve up to 3 to 4 hours a day. And then if you started to play more than 4 hours a day, it got steeply less beneficial until it was actually harmful to play a lot of video games. That was fascinating—it was more beneficial than anything but working out 7 hours a day. If you think about how much time that is, that's about 21 hours a week, which is where you see gamer's regret kicking in. Usually, after 20 hours a week, people start going online and asking questions like, "Is this too much?" or "Am I the only one doing this?" It's almost as if gamers have naturally hit upon the appropriate level. And now we have this huge scientific study that shows, with a lot of rigorous data analysis, that that is the level at which it becomes dangerous and harmful. It's in the science, and it's in our experience. There have all kinds of interesting studies that have come out even since the book was finished about games providing psychological resilience or preventing nightmares or preventing PTSD by playing Tetris. The short version is: If you start to look at the literature about how absolutely, quantifiably games are making us better—better psychologically, better socially—then you don't really need to worry about how much time you're spending playing games unless you cross that threshold. You talk about using games to strengthen relationships you already have, like playing Lexulous with your Mom. But what can games do to build new relationships? There are a lot of people thinking about city-scale games, and neighborhood-scale games, which definitely hold the possibility of strengthening relationships with people whom it could be useful in the future for you to know and trust. I've talked to people about designing apartment-scale buildings, multi-unit scale buildings where nobody in the building knows each other, or playing games in companies, where there are a thousand people and you don't interact with most of them. There are a lot of companies that are using games to facilitate that ambient sociability, so if you walk down the hallway you're more likely to recognize somebody and know who you might want to cooperate with. Take something like a game on a plane: Even a weak social connection with a flight attendant or someone you might see again is important. Evidence shows that having even weak social connections in a stressful situation is really good for your health and your ability to handle that situation. Just a vaguely familiar face can diminish your stress levels. It's interesting to think about weak social connections. Obviously playing with your mom is important, but even that possibility of someone's face being more familiar as you walk down the street or get on a plane could be really beneficial. But is gaming really making us more connected? Just a few weeks before your book was released

Alone Together came out

, warning about the isolating dangers of technology. What's you're response to that?The social connectivity benefits of gaming do work better when you're playing in the same room, because face-to-face contact and physical presence are crucial to the social bonding science. When parents or gamers ask me "what's the best game to play?", I say that playing face-to-face is more beneficial than playing online. But a lot of people don't have access to friends and family face-to-face as often as they would like. You've got kids who move so they don't see their friends anymore, or their parents won't let them out. They want them to be home; there's a lot of sense that the world isn't safe. So you see a lot of young gamers saying this is the closest way that they have to keep their old friendships alive or to actually have social interaction in the evening. That's definitely better and more social than nothing, than just passively watching TV or passively reading a comic book. And you also see for introverts, who are less likely to seek out social interactions, the online meditation can serve as a good psychological buffer. They can build social connection through the Internet that they would be less likely to build in real life, because in real life it's stressful and exhausting. But the Internet makes it safer and less exhausting. It can be kind of a gateway for them to new friendships or relationships. You say games can fix reality both on the small scale—like bringing joy and connectivity into people's lives—and the large scale, addressing serious issues. What real-world problems need games, but don't have them? The two biggest problems that will be solved together, potentially, are obesity and world peace. There's really interesting research that came out this year looking at the rise in diabetes and the influence of diabetes on aggression and violence and crime. It turns out that there's an extraordinary correlation between rising diabetes rates and all kinds of violent crime, and the tendency to wage war—even when you control for poverty and other social aspects. So there's new, interesting thinking that the best way to create world peace would be to reduce the diabetes trend, which is tied to the obesity trend, which is our number one health concern in the U.S. There is this huge space of games that are being created for physical activity, and games have also historically had quite a lot of content around war—World of Warcraft, Starcraft, Call of Duty. But this idea that we could use games to reduce obesity, stop diabetes, and that that would lead to world peace, I think is really fascinating. I would like to see long-term future forecasting games dedicated to exploring connections like that between unexpected trends. If you weren't in the field of glucose research, you might not know that the fastest way to innovate peace is to solve diabetes. So you get people from different fields looking at really science, and then they can start to make connections.