Is Your Language Making You Broke and Fat? How Language Can Shape Thinking and Behavior (and How It Can't)

Julie Sedivy is the lead author of Sold on Language: How Advertisers Talk to You And What This Says About You. She contributes regularly to Psychology Today and Language Log. She is an adjunct professor at the University of Calgary, and can be found at juliesedivy.com and on Twitter/soldonlanguage. Keith Chen, an economist from Yale, makes a startling claim in an unpublished working paper: people’s fiscal responsibility and healthy lifestyle choices depend in part on the grammar of their language. 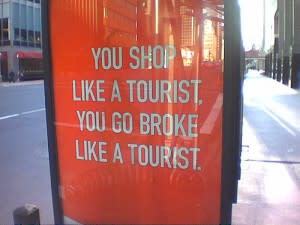