Is Seasonal Affective Disorder a Myth? 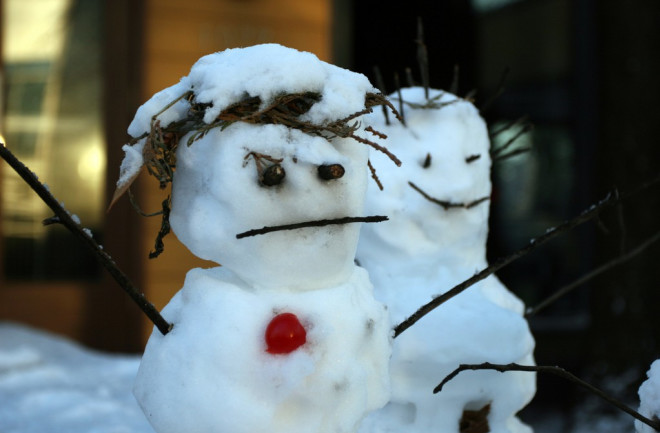 (Credit: Stephen Harlan/Flickr) A flurry of newspaper headlines have called into question the existence of SAD, or Seasonal Affective Disorder. Scientists, they reported, appear to have debunked a widespread conviction, that feeling low in winter time is a genuine illness caused by disturbed levels of brain chemicals and that demands treatment. A visit to any number of Seasonal Affective Disorder (SAD) websites leads to online questionnaires offering “diagnosis”, treatment recommendations, and advertisements for light boxes – gadgets that simulate daylight and compensate for poor exposure to the real thing. SAD is identified as a form of depression caused by disturbances of hormonal rhythms sensitive to daylight, primarily melatonin. Unusually, intense exposure to artificial light often is advocated as a treatment. There is even a device that can be worn on the head, allowing the patient to use a light box on the move.

The publication prompting the news story is a large US survey associating the experience of depression with season, latitude and sunlight exposure. Although various models confirm associations between the experience of depression and variables such as age, gender, education, employment and marital status, it found there were no associations between depression and season, latitude, a combination of the two, or sunlight exposure – as derived from knowledge of the respondent’s location and US Naval Observatory records. These are high-quality data that have been analyzed appropriately. They also confirm similar findings that are equally unable to associate reported mental distress and fluctuations in daylight length, even those of the extreme type found in polar regions

So how might we reconcile the fact that seemingly conclusive research is unable to demonstrate an association between symptoms of depression and sunlight exposure, with the sheer number of people who believe they suffer from SAD?

Winter can be dreary, but a recent study found no associations between depression and season, latitude, a combination of the two or sunlight exposure. (Credit: Martin Janca/Shutterstock) According to one source, SAD prevalence ranges from 9.7% in New Hampshire to 1.4% in Florida. In the UK, the estimate is that it affects 2.4% of the adult population. These estimates represent a large number of people – and their conviction that they are suffering from a real illness is often a strong one. Indeed, SAD can even carry the juridical significance of a formal disability. According to the

: “The US 7th Circuit Court of Appeals in Chicago ruled in October [2009] that a teacher could pursue a lawsuit against her former employer alleging that the school district had failed to accommodate her SAD, causing her mental health to deteriorate.” The teacher in question had been obliged to work in a basement room without windows – and yet research is telling us that there is no measurable association between exposure to daylight and psychological well-being. Once again, in the field of “mental illness”, science and society are not singing in tune. Indeed, perhaps this is where the real conversation lies.

This story highlights several features of contemporary psychiatry that point to a need for changes in how the conditions it responds to are framed, understood and described. Distressing difficulties concerning emotions are nothing new, but construing them as a family of illnesses to be treated by healthcare practitioners is. Reflections on the past half century’s exploration of this approach has to conclude that it is often deeply flawed. SAD and its treatment with light boxes is not the only “mental illness” where hard evidence and conventional practice are no longer in tune. Critical review of data accumulated in the course of antidepressant drug trials is beginning to suggest that even these, very widely-prescribed medicines might be associated with more harm than good. Suggesting this challenges numerous interests and positions, but the resulting debate is a healthy and invigorating one. There may well be no evidence for such a thing as SAD, but that doesn’t mean we shouldn’t talk about it – especially when the days are short and the skies gray.

(This article was originally published on The Conversation. Read the original article.)