Is Everyone Destined to Experience Baby Fever?

Babies have an undeniable charm that universally draws people in. But what motivates us to have our own? 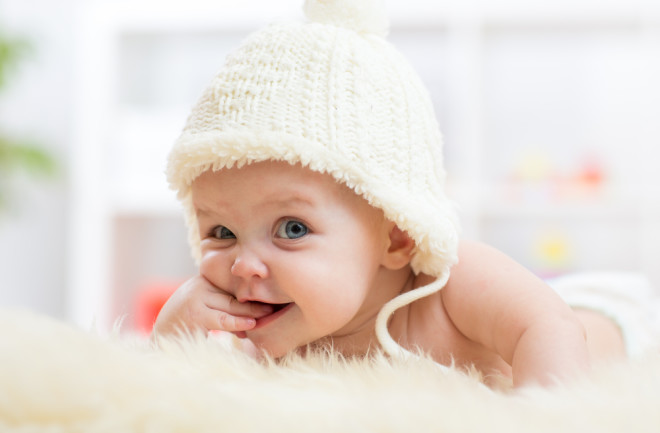 If the sight of a cute, cuddly baby makes you long for you own, then you’re not alone. The influx of emotions from being around a baby can spark our instincts to reproduce. This sudden impulsive urge to have a child has been coined by pop culture as “baby fever.”

Many chalk up the need to procreate as our natural instinct, while others swear it is a societal construct. Regardless of the reason, are we all destined to suffer from baby fever at some point in our lives?

While we know that there are many factors that can influence fertility, little is known about the actual reasons that motivate one to have a child. Traditionally, many people believed that only women had a strong physical and emotional drive to have children. Recent studies have now found that men, too, can catch this baby fever urge.

The basic need to procreate can be broken down into three different viewpoints, according to this 2011 study at Kansas State University that traced the origins of baby fever and why it might occur. The three most likely influences are societal pressures, our instinct to nurture, and emotional signals.

The sociocultural view explored the notion of gender roles. We become aware of our gender identity around 2 or 3 years old. Over time, women are trained to believe that they should have children because that is what traditional society expects of them. This motivates many women to have their own offspring.

An age-old idea suggests that we all possess maternal and paternal instincts. This is the logic behind the second theory of our instincts to nurture. The idea is grounded in the notion that humans have a biological predisposition to take care of babies. So, when they see a cute baby, it can set into motion the desire to care for it and have their own child.

The third theory behind baby fever has much to do with timing and our emotional responses to seeing a baby. When we come across a cute baby, or anything cute for that matter, it often sparks fast brain activity in the orbitofrontal cortex. This area is the center for emotions and pleasure, which explains why the sight of a baby can create such an emotional reaction and send signals to our brain that tell us that it might be a good time to have a child.

Against the Biological Clock

If baby fever is caused by our primal instincts to reproduce, then why do some women (and men) vow to never have children? In fact, the number of woman who have never had children between the ages of 34 and 44 is up 10 percent since 1976. While the drive for children may innately exist, the actual decision is influenced by when baby longing occurs for men and women.

For women, baby fever often strikes a sentimental chord, which can make for an emotional decision about whether to pursue parenthood. A 2019 study in Social Forces revealed that many women have preconceived notions from an early age as to whether or not they will have children. As they get older, life happens, which can often alter their initial desires. This study aimed to analyze the behaviors of women who never have children by following nearly 4,500 women in the U.S. born between 1957 and 1965. Over the span of 33 years, these women were questioned during their childbearing ages on their expectations to have children. The results of the study found that women who say they don’t want to have children are far more likely to not have kids than women who do expect to have a child. Women who express a desire to have children may also end up childless due to postponing childbearing in light of unforeseen circumstances.

For other women, socioeconomic factors and career aspirations also influenced when they decided to have kids. An Australian study in 2006 explored data from over 7,440 childless women between the ages of 22 to 27 and found that 72 percent wanted one or two children. Amongst these women, a majority also desired paid work.

A 2011 study exploring men’s desire to have children found that every third man has their first longing only while already trying to conceive a child. Perhaps this is because, as the study explains, a woman’s longing for a child typically shapes when a couple decides to have children. Men were also found to be less likely than women to have a child despite longing to have a baby.

In the end, it comes down to a combination of emotion, timing and biological instinct. While the choice to have a child is ultimately yours, it is undeniable that baby fever is real.