Is Ball Lightning Just a Hallucination Caused by Regular Lightning? 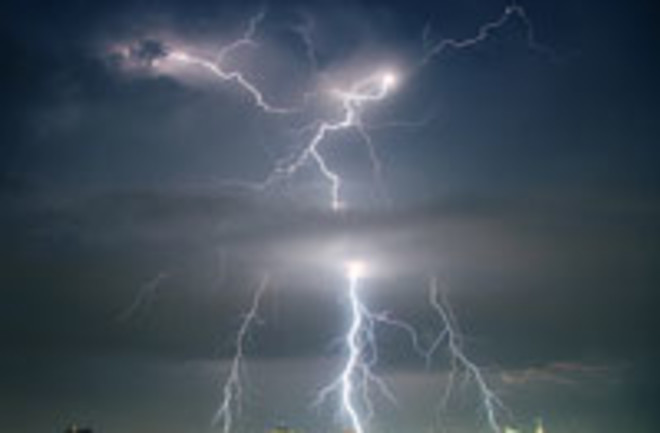 If lightning strikes nearby, you might be in for some incredible hallucinations that resemble what is known as "ball lightning," according to a pair of scientists from the University of Innsbruck in Austria. In the lab, test subjects can experience these visions of shining spheres and lines when they undergo transcranial magnetic stimulation, or TMS, which use huge superconducting magnets create electric fields in the brain up to 0.5 Tesla. (That's a lot; a plain-old bar magnet is only around .01 T.) According to Technology Review:

"If this happens in the lab, then why not in the real world too, say [researchers] Joseph Peer and Alexander Kendl... They calculate that the rapidly changing fields associated with repeated lightning strikes are powerful enough to cause a similar phenomenon in humans within 200 metres."

So when lightning strikes nearby, it can induce fields similar to the ones created by transcranial stimulation. That means you could experience luminous lines and spheres, just like subjects do in the lab.

"As a conservative estimate, roughly 1% of (otherwise unharmed) close lightning experiencers are likely to perceive transcranially induced above-threshold cortical stimuli," say Peer and Kendl. They add that these observers need not be outside but could be otherwise safely inside buildings or even sitting in aircraft."

That makes us wonder when else naturally occurring electric or magnetic fields might be strong enough to create hallucinations. Far out.