Inside the Brain of Your Psychopathic Boss

Research has found that there are more psychopaths among CEOs than in the average population. What does neuroscience know about their brains? 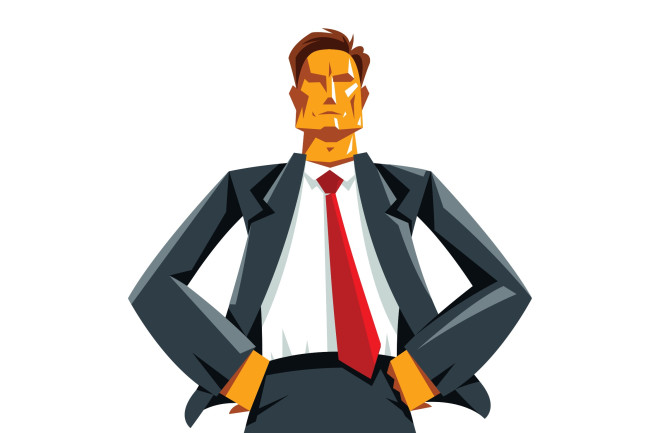 Sometimes it seems like the bosses of the world share some personality traits that the rest of us find, well, undesirable. They might charm their peers and superiors yet treat their employees like dirt. They might be susceptible to bouts of rage, or they might seem completely oblivious to the personal wants and needs of the people around them. In clinical terms, they’re psychopaths.

The term “psychopath” is used fairly freely in our society (Hitchcock’s 1960 classic, anybody?), but psychopathy is an actual behavioral disorder with a specific suite of symptoms and underlying neurological causes. It’s estimated that about 1 percent of the general population classifies as a psychopath, or 1 in 100, while in prison and other criminal settings the rate can rise to 30, 50 or even 80 percent.

It’s much harder to measure psychopathy in a corporate setting, with estimates ranging from 3 percent to as much as 12 percent — the latter if you just look at CEOs. (By the way, if you’ve heard the stat that 1 in 5 CEOs are psychopaths, that study has been retracted. It’s likely not quite that high.)

Regardless of their prevalence, these so-called “successful psychopaths” will find themselves benefitted by their psychopathic traits — they’re charming, charismatic, immune to stress and fear, and take risks. These are some of what are called the “factor 1” traits, which also include interpersonal behaviors like lying, manipulation, and a lack of empathy for other people. Whether these traits result in cruelty varies from person to person; just because someone is a psychopath doesn’t mean they’re mean.

“They’re not all bullies,” says Josanne van Dongen, a forensic neuroscientist at Erasmus University in Rotterdam. “But they are very intelligent in finding their way to the top.”

Organizations with a psychopath at the helm can suffer. High rates of bullying can lead to staff withdrawal and high employee turnover, which in turn can result in declining creativity, innovation, and in the end, revenue.

Even aside from a boss’s effect on morale, it’s typically detrimental for a company to have a psychopath at the helm. Although they’re often highly intelligent, their lack of a sense of personal responsibility can make them prone to slacking off or otherwise skirting their responsibilities. A recent meta-analysis found that psychopaths were slightly more likely to find themselves in leadership, but slightly less likely to be effective leaders.

Psychopaths can also find themselves in positions well above their actual ability or qualifications. They get there through manipulation and lies, rather than actual merit. One researcher has even proposed that inept psychopaths leading companies could be blamed for the 2008 global financial crisis, via financial scandals and other destruction of companies by their leaders. Other research has shown they are prone to mismanagement and fraud, which they keep hidden from those above them.

The Brain of a Psychopath

Psychopaths aren’t psychotic, that is, suffering from psychosis, which involves symptoms like delusions, hallucinations, incoherence and otherwise losing touch with reality. Though the root of the words is the same, those two conditions aren’t related.

Instead, psychopathy is thought to be caused by dysfunction in complex systems in our brains that control things like self-control, decision-making, stress responses and empathy for other people. Researchers have found a few key differences in these areas between the brains of psychopaths and the general population.

Some psychopaths have inhibited self-control and ramped-up reactions, which can lead to violence or other impulsive criminal behaviors — these people might have continual run-ins with the law. But other psychopaths are the opposite: They’re cool as a cucumber, immune to stress, and very in control of their executive functioning. These psychopaths are manipulative, calculating and can be very successful in fields like business or politics. (Have you seen House of Cards?)

Researchers have also found that psychopaths’ ventromedial prefrontal cortex — the part of the brain associated with decision-making — isn’t as connected as it should be to areas like the amygdala or the medial parietal cortex.

“So if that’s not working properly, you’ll have behaviors where [the person] isn’t affected by someone else crying, or if they’re bullying or manipulating their employee, they’re not affected by their response,” van Dongen says.

This results in a lack of empathy, or the ability to feel what other people are feeling. Real empathy requires these two parts of the brain to work together: First the prefrontal cortex has to acknowledge the meaning of another person’s words, behaviors or expressions, which leads to the cognitive understanding of what another person is feeling. But then to really experience empathy, the amygdala has to then take that cognitive understanding and translate it into feelings. In a psychopath’s brain, this doesn’t happen.

Research finds that there’s a large component of these traits which are heritable, says van Dongen. And that’s where a psychopath can differ from a sociopath, according to some definitions. Many of the antisocial behaviors may be the same, but some people, including van Dongen, see sociopathic behaviors as more learned, for example, if someone has been maltreated in their past.

“Most people would say you cannot help them,” van Dongen explains. Much of van Dongen’s own research is in the prison systems, working with psychopaths who have committed violent crimes. “It’s difficult because it’s a personality trait, and personality is found to be more difficult to change.”

Psychopaths are more likely to accept help the more they’ve gotten in to trouble, since they want to learn how to stay out of trouble. But successful psychopaths, like in a corporate setting, only see their own successes and won’t see the problem.

Even punishment doesn’t even always have an effect, though. “Some research shows punishment is not helping because of how their brain is wired,” she says. “Although we punish them by a prison sentence for example, it does not help in preventing them from doing [crimes] again.”

Intervention attempts targeting empathy, specifically, are also tricky. Years ago, van Dongen says, people thought trying to teach a psychopath how to be empathetic might actually make them more dangerous — that it might just teach them how to better manipulate other people. Now, though, it seems that’s not really the case. Still, “teaching” empathy is challenging — if it's even possible.

“They’re smart enough to say, ‘that person is sad,’ but they don’t feel it, and that’s the problem. It’s that other part of empathy that makes us respond with care and sympathy. That’s the part they don’t have," van Dongen says.

In the corporate setting, the only way to keep psychopaths out of positions of power is to screen for them during hiring, which can be tricky. Many know how they’re supposed to answer, say, a question during an interview about how they approach management. Still, there are ways. “Some questionnaires are more intelligent in the way they’re asking [questions related to psychopathy]. They’re more covert,” van Dongen says.

As for advice for suffering employees? “It depends on whether they want to stay at the company,” says van Dongen. Band together with other colleagues for support, and try not to make yourself an individual target. “They are so intelligent and manipulative that it’s very, very difficult for an individual employee to unravel that … and they can make your life miserable,” she says. “But if you can find others who think in the same way [as you], you can ultimately show that the manager is showing maladaptive behavior.”