I see your hippopotomonstrosesquipedalianism and raise you a ribulosebisphosphatecarboxylaseoxygenase 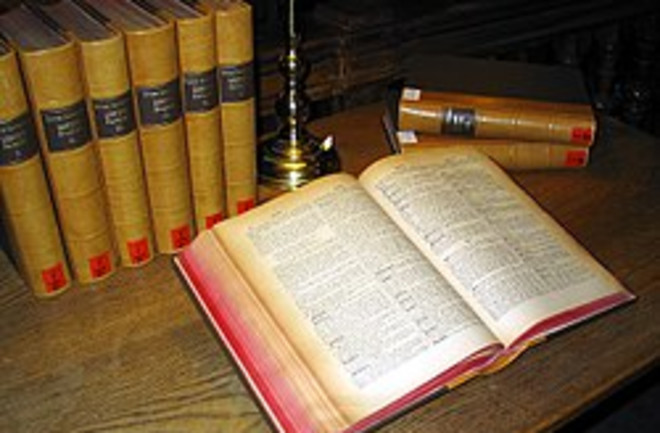 As I've mentioned before, my brother Ben also blogs. An editor at Oxford American Dictionaries, he writes about words over at "From A to Zimmer." Not surprisingly, our blogs usually don't overlap. But Ben's latest entry--on very, very long words, has prompted me to pose a question of my own here.

While that may or may not be true for biochemists, it's not for paleontologists and taxonomists and other scientists who study groups of species. If scientists want to talk about aspidosiphoniforms (a group of wormy species), for example, they don't just call the critters A-bombs. They learn how to pronounce aspidosiphoniforms without a moment's hesitation and wait patiently for science writers like me to struggle through the word during interviews.

This raises a question for me--one that scientists may be able to help me with in the comment thread here: what's the longest word you would actually use in conversation? (One rule of the game: a species name like Tyrannosaurus rex is not a word--but tyrannosaurid is.) Does methylenedioxymethamphetamine just roll of your tongue? Or are these long words just a strict formality, and acronyms the essential tools of the trade? Let's see who wins this contest.

Update: In the lead as of 1 pm: Immunohistochemistry. 20 letters. Come on, people!

1:10 pm: Hyperphosphorylation. Tied for the lead, with 20. Have we hit a cognitive ceiling here? Can anyone break through?