Humans’ Ability to Hear Harmonic Sounds Might Set Us Apart

Researchers found that highs and lows triggered a brain response in humans, but not monkeys. 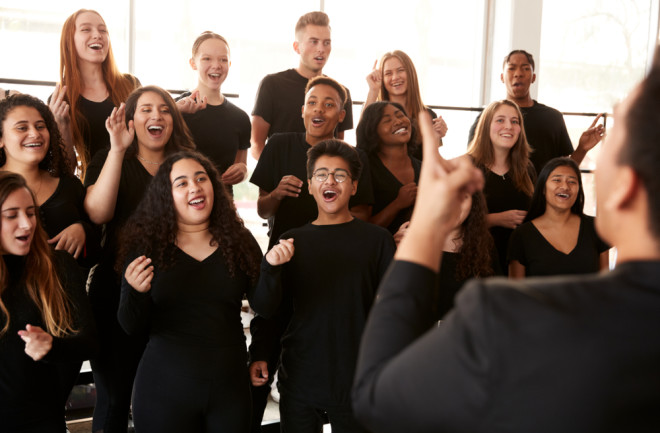 The pursuit of science is usually an unending stream of embarrassments for the human ego. No, the sun doesn’t revolve around us. No, we’re not all that different from common animals. No, we’re not even the only humans. But, in some ways at least, our brains really are special.

A new study out this week in Nature Neuroscience shows one more way we really are different from some of our closest simian relatives: our mental capacity to appreciate harmonic sounds, or sounds with a discernible pitch (like a concert Bb). Specifically, it turns out the quality of pitch — how high or low a tone is — activates certain auditory regions in our brains, but not in macaque brains.

It’s a finding that not only boosts our fragile egos, but also suggests fundamental differences in brain structure between the species. The researchers suspect it may be a result of our homo sapient predilection for such well-organized sounds.

As smart as many animals have proven to be, music and speech both remain uniquely human traits (as far as we know). Each requires the listener to have a keen grasp on differing pitches to fully understand the sounds. Naturally, then, human brains have areas that respond much more strongly to harmonic tones, which feature these organized pitches, as opposed to just noise.

Macaque monkeys are fairly close cousins of ours, and previous studies had shown they have similar brain regions to us when it comes to visual skills. Perhaps the parallels also held for hearing?

To find out, the study’s authors — a team of neuroscientists from around the U.S. — directly tested 3 macaques and 4 humans, playing sounds for them and watching how their brains reacted on fMRI scans.

When the researchers played either harmonic tones or just plain noise, they saw specific regions of the human brains respond strongly (“light up” as some people like to say) to the tones, as expected. But these reactions were missing from the macaque brains. In fact, their brains tuned in more to the noise samples, which was not the case for humans.

But maybe, the researchers reasoned, the macaque brains weren’t responding because the computer-created sounds were too abstract. “Synthetic tones are familiar to most humans, but perhaps less familiar to macaque monkeys,” they write. So next, they repeated the experiment with 5 macaques and 6 humans, this time using recordings of macaque calls (which naturally contain some harmonic elements) and modified versions of the calls to make them noisier and less harmonic.

Again, human brains had strong responses to the natural, more harmonic calls. And while this time the monkeys also responded more to the harmonic sounds, the response was significantly stronger in human brains.

All told, it’s pretty strong evidence that our species simply processes sounds differently. “The present results underscore the possibility that the human auditory cortex differs substantially from that of other primates,” the authors write, “perhaps because of the centrality of speech and music to human audition.” Since these sounds are so important to us, it’s no wonder that our brains have become exquisitely tuned to differences in pitch.

The team suggests it would be worthwhile to confirm the idea by testing other primates, such as marmosets, which are a more vocal species than macaques. And researchers should also keep investigating whether other brain areas associated with human hearing, besides the ones they tested for in this study, have any counterparts in our fellow primates.

It may turn out that, once again, we’re not as special as we think. But for now, human brains remain unique when it comes to processing sounds.