How to make people work harder for the same rewards. 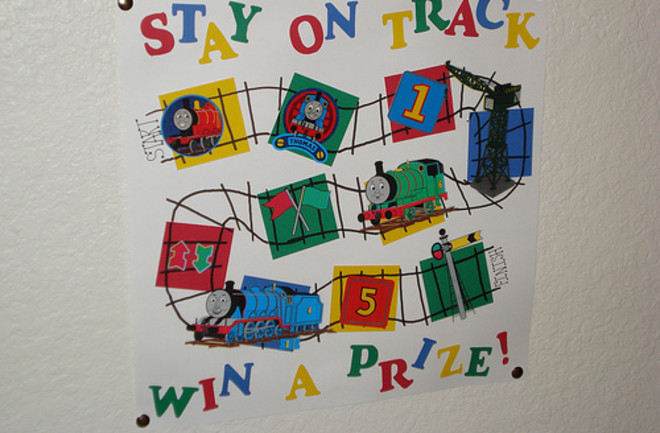 Photo: flickr/Fort Worth SquatchMy grandfather was really smart. Instead of paying me an hourly wage to pick weeds, he paid me 2 cents per weed. I just knew that if I pulled fast enough, I would make more money, and I pulled weeds like there was no tomorrow. Like my grandfather, these researchers wanted to know how to get people to work harder for the same rewards, and came up with something a little surprising. To one group, the scientists offered the chance to pick one reward for every ten minutes of typing. The second group could get one reward from one pile for the first ten minutes of typing, and a reward from another pile for the second ten minutes of typing. Although the two types of rewards were not substantially different (they included things like boxes of hot cocoa, packages of pens, calculators, notebooks, and animal crackers), the people in the second group worked more, and expressed feelings of not wanting to "miss out". If only I could think of a way to use this to trick myself into working harder!"I'll have one of each": how separating rewards into (meaningless) categories increases motivation. "We propose that separating rewards into categories can increase motivation, even when those categories are meaningless. Across six experiments, people were more motivated to obtain one reward from one category and another reward from another category than they were to obtain two rewards from a pool that included all items from either reward category. As a result, they worked longer when potential rewards for their work were separated into meaningless categories. This categorization effect persisted regardless of whether the rewards were presented using a gain or loss frame. Using both moderation and mediation analyses, we found that categorizing rewards had these positive effects on motivation by increasing the degree to which people felt they would "miss out" if they did not obtain the second reward. We discuss implications for research on motivation and incentives."

Discoblog: NCBI ROFL: Mapping the goooooooaaaaaalllll! center of the brain.