From X-ray vision to enhanced hearing, super senses are a comic book staple. But what do heightened sensory abilities look like in the real world? 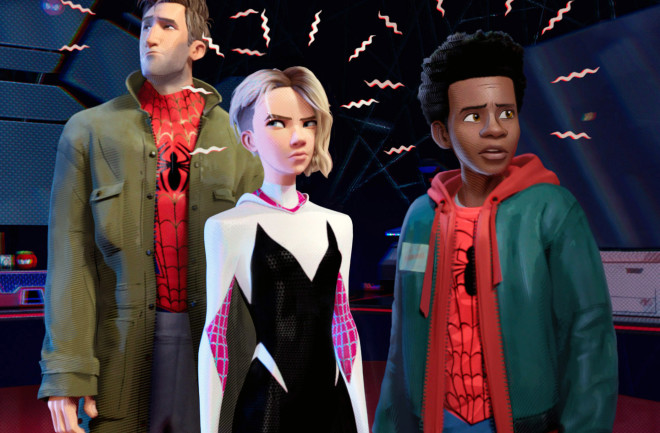 Super senses — the heightened sensitivity of any of the five basic senses of taste, touch, sight, smell, and hearing — are among the most common comic book tropes. But in the real world, some don’t need radioactive spider bites or alien genes for these superhuman-like abilities.

Though virtually absent from superhero lore, heightened taste sensitivity is one of the most common real-life super senses — affecting one in four Americans per the latest estimate. These people, termed supertasters, are fine-tuned to detect the slightest differences in flavor, even noticing subtleties in creaminess between similar dairy products.

But as incredible as it may seem to savor the rich undertones of a decadent chocolate cake, that’s not the reality for a supertaster. Ironically, supertasters tend to be incredibly picky eaters who prefer bland foods with minimal flavor. For them, even the slightest hint of sourness, sweetness, or spiciness can become overpowering. And supertasters are most avoidant of bitter flavors such as those found in chocolate, spinach, and coffee.

So how do supertasters get their incredible taste acuity? Their tongues have more tastebuds, the sensory structures coated with receptors that bind to food molecules and send tasty sensations to the brain. Many supertasters also have genetic mutations in these receptors that alter taste sensitivity and preference. One of the most notable is a mutation in the bitter taste receptor gene TAS2R38, which is likely responsible for the extreme aversion to bitter foods. This mutation might even be an evolutionary remnant of a once-crucial survival mechanism to avoid bitter-tasting toxic plants and animals.

The sense of touch is essential for exploring the world and making interpersonal bonds. This requires sensory cells in the skin to detect external signals like temperature, texture, pressure, and vibration and send them to the brain for processing.

But learning what not to touch is just as important. So the skin also has sensory cells to detect danger signals which the brain processes as pain and alerts muscles on how to respond — like yanking your hand away from a hot stove.

Now imagine if everyday nonpainful signals like wearing socks or receiving a hug triggered the same sensations. Unfortunately, that’s the reality for people with enhanced touch — also known as tactile hypersensitivity. Here, the sensory cells and receptors function correctly, but the brain interprets these non-threatening signals as painful or bothersome. Touch hypersensitivity is common among those with attention-deficit hyperactivity disorder (ADHD) and autism spectrum disorders (ASD), making ordinary life and social interactions challenging.

From Spiderman's enhanced senses to Superman's X-ray vision, supervision is a common sensory ability in comic books. And while real people with enhanced sight can’t see through walls, some can view the world in unique ways with a genetic condition called tetrachromacy.

Humans detect color across different wavelengths of light with specialized receptors in the eye called cones. Almost all humans have three types of these receptors, or trichromacy, that together can distinguish approximately 1 million colors. But an incredibly rare mutation grants some people a fourth type of cone receptor and the ability to distinguish around 100 times more colors than average.

One tetrachromat, an artist named Concetta Antico, describes her vision as a mosaic of colors. Where most see a green leaf, she sees hues of red, orange, and purple. She even sees color in seemingly gray shadows. Yet, despite having 100 million colors to choose from, her favorite is white because it evokes a sense of peace in an excessively vibrant world.

The nose knows, and for some, the nose knows too much. Even an average sense of smell is miraculous. Humans can detect over one trillion different odors using just 400 types of receptors. But super smellers, making up less than 10% of the population, have extraordinary olfactory abilities — like identifying one aromatic chemical among thousands in a glass of wine. One super smeller was even able to detect Parkinson’s disease before it was clinically diagnosable.

But the cause of super-smelling, or hyperosmia, is not well defined. Hyperosmia can arise from several medical issues such as Lyme disease, migraines, and hormone deficiencies. Pregnancy can also trigger a heightened sense of smell. However, it’s still unclear if these occurrences are strong enough to represent true hyperosmia.

Super-smelling may also be genetically linked through mutations that alter odor-sensing nerve cell development and function. And beyond the nose, super smellers even have larger brain areas dedicated to smell integration and processing.

But unlike other senses, super-smelling seems to be the most trainable. Olfactory exercises can turn novices into wine-and-perfume-sniffing experts and even restore smell for people who lost it due to illness or injury.

Like other super senses, sound hypersensitivity can be debilitating. This condition, called hyperacusis, makes standard sound frequencies and volume painful — turning a simple neighborhood walk into an acoustic nightmare. However, another form of super hearing can be a strength to some.

Several animals use sound to view the world, termed echolocation. And some people with visual impairments train to explore their environment similarly. These human echolocators make clicking noises that bounce off surrounding objects and return with information about their distance, size, and shape based on the volume and frequency of the returning sound. Though the eyes aren’t involved, brain scans show that visual processing areas are active during human echolocation.

But this ability is only trainable for those who lost their vision early in life, as sensory systems for sighted people develop to see the world visually. Even with echolocation training, sighted individuals cannot distinguish the original click from the echoes that bounce back.

Overall, our senses are finely tuned to perceive just enough of the world’s flavors, smells, textures, sounds, and colors without overwhelming us. So, as super as these enhanced senses seem, they may be less of a superpower and more of a unique form of kryptonite.