Where you live shapes who you are — to an extent. These subtle differences might add up and influence everything from politics to pandemic outcomes. 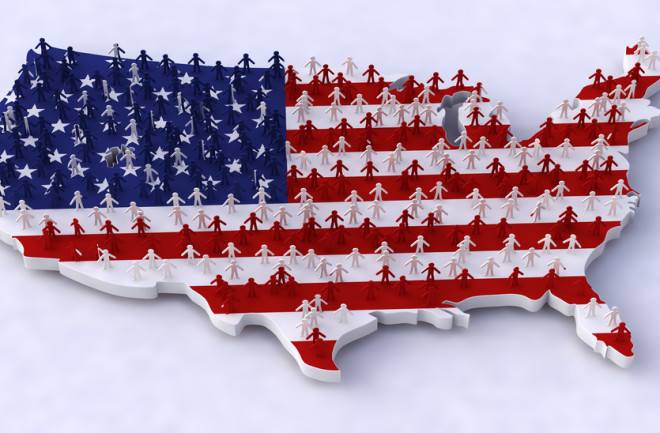 From cowboy boots to baseball caps, it’s safe to say that conjuring up a mental picture of someone living in another part of America is as easy as, well, pie.

Turns out, there may be something to our imagined geographical “personalities” — whether they’re broken down by psychology, history, or the environment itself. And understanding the way we are sorted — and sort ourselves — could be key to understanding how we behave, both as a country and by ourselves.

Jason Rentfrow, who studies geographical psychology at the University of Cambridge, says he and his colleagues “have been working quite hard just to explore the nature of these differences." And they have yet to answer the big questions: What might account for these differences, and how consequential are they in people's lives?

Today, no one would dispute that different areas of the U.S. are defined by the differences in their economies, social values and political behavior. And, for better or worse, people associate regions of the U.S. with specific personality traits. But instead of stereotypical narratives of the uptight East vs. free-spirited West, scholars like Rentfrow and Friedrich Götz, a researcher at the University of Cambridge, have attempted to classify geographical regions of the U.S. based on personality type.

In 2013, Rentfrow and colleagues created a model of three distinct psychological regions of the U.S. They analyzed five large data sets with over a million participants from 48 states who had taken various online or app-based personality surveys. The surveys used a Big Five model, which evaluates people’s personalities for the following traits: extraversion, conscientiousness, agreeableness, neuroticism and openness. Middle America and the South were described as "friendly and conventional," the Mid-Atlantic and Northeast as "temperamental and uninhibited," and the West Coast, Rocky Mountains and Sunbelt as "relaxed and creative."

In a more recent look at geographical psychology, Götz and Rentfrow published a paper in September that matched topography with psychology. Using a measure called mountainousness, Götz and his co-authors found that “mountainous areas were lower on agreeableness, extraversion, neuroticism and conscientiousness but higher on openness to experience.”

It should be noted that the differences based on topography were quite small. The paper even said, “our research shows that an increase of one standard deviation in mountainousness is associated with a change of approximately 1 percent in personality, which may seem insignificant.” But Götz says that though overall personality differences are small, they could have outsized effects on regions when scaled up. “They are robustly related with a host of important outcomes, and that ranges from say, startup density, to suicide prevalence, to election outcomes, to patent production,” he says. “And so our point here is to say, personality has many causes, and this is just one of them.”

The Blurry Origins of Geographical Personality

Researchers and scholars have made more than a few attempts to make meaning from our regional differences. As early as 1893, historian Frederick Turner Jackson’s largely discredited "frontier thesis" held that moving West was the root of democracy itself — an appealing narrative to many at the time, but one that ignored the differences between existing and emerging societies: non-white, non-European Americans, indigenous people, immigrants, women and enslaved people.

Scholarly analysis of regional differences have come a long way since the frontier thesis but it’s easy to see remnants of it in modern day, whether it's through reruns of John Wayne westerns, or in an American history textbook. Writers like Colin Woodard have reframed the root of our splits along more detailed historical lines. In his book American Nations: A History of the Eleven Rival Regional Cultures of North America, Woodard argues that the variation we see today between 11 distinct regions in the U.S. stems from the countries that originally colonized each area.

In a New York Times article, Woodard explains that today's Northeast has traits formed by traditions of the Puritans who settled there — a "perfect earthly society with social engineering, individual denial for common good; assimilate outsiders." On the other hand, a region spanning the southern part of five states in the Southwest shares values from the Spanish-American empire, which he categorizes as "independent, self-sufficient, adaptable and work-centered." Regional personality doesn’t just appear in a vacuum, but is grown over time in Woodard’s model — which is, admittedly, a historical and not psychological one.

Scholars also explore selective migration, where people move to places where they find others who share their interests — or they think will share their interests. But despite increased mobility, regions aren’t necessarily more integrated. “The fact is, by almost any metric you look at, the differences between these settlement regions are growing, they're intensifying. How could that be, because it doesn't make any sense?” Woodard says. “The reason is that, by and large, the characteristics of the people who move more closely match their destination, not their point of origin.”

Similarly, in Götz’s “mountainousness” theory, introverts who are very open to new experience, but low on agreeableness, might seek out remote areas, which are often mountainous. A book by author Bill Bishop, The Big Sort: Why the Clustering of Like-Minded America is Tearing Us Apart, examines how voting patterns and other demographic data suggest that people have gotten more and more alike than different in their respective regions — that is, more polarized — because of geographical concentrations of shared traits.

But this question of regional difference is a tangled one. It’s worth examining who creates the formal theories of regional types, and how reliable self-reporting on personality surveys really is. Many other things beyond individual psychology shape, and are shaped by, a collective regional personality, including natural resources and economic infrastructure. Similarly, a personality-based model of an overall region might limit the picture to the leanings of a dominant culture and fail to capture the various influences of, for example, indigenous peoples on a region, or migration patterns derived from necessity, not choice.

But estimating whether or not one part of the country is more extroverted or introverted could do more than just help improve our understanding of collective psychology. It could also address real-world problems in areas such as public health.

“Understanding sort of the personality of a region, and therefore, understanding a bit of the culture of a region can really help us in tailoring public health messages, and they can be more effective.” Götz says. “In times of, say, global pandemic, that could be very useful knowledge to help boost compliance rates [to public health guidelines], for example.”

How do our perceptions influence the actual character of a place, though? In seeking, say the startup idealism of Southern California or the football fandom of Texas, a like-minded transplant may further reinforce the perceived traits and values of a region, which then make them stronger in a given area. And during selective migration, when we use these perceptions, are we good at predicting the character of a place?

One study from 2010 led by behavioral psychologist Kate Rogers found that stereotypes of personality traits from different areas in the U.S. held by psychology students at Wake Forest University actually matched up, to some degree, with actual self-reported traits from those people in those areas. So both in judging individual regional personality or seeking out places to live, there may be a “kernel of truth,” as the paper says, to what we expect of a region.

But regional personality doesn’t stretch to an individual. "The issue with having a stereotype is it becomes really problematic when you don't update it upon meeting a person, or you forget that people can be different," Rogers says.