Research is still growing around Highly Superior Autobiographical Memory, but one study possibly links OCD to the impressive recall. 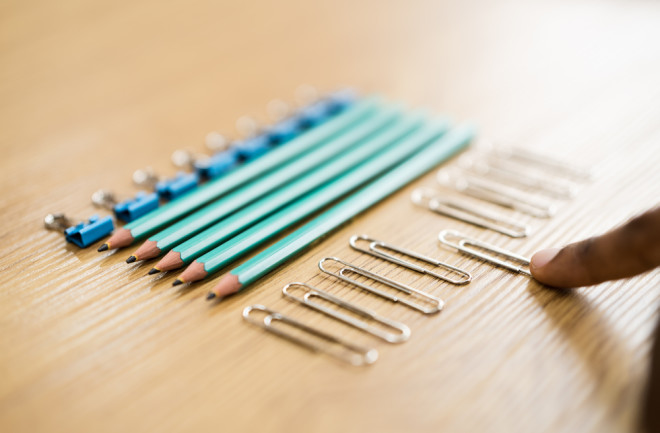 Most people can’t quickly recall either piece of information. (Carter, by the way, won in 2002; the dream happened in the fifth book.) But people with Highly Superior Autobiographical Memory (HSAM) can easily recall information from events that happened decades prior.

Scientists only began studying HSAM in 2006, and there’s still a lot they don’t understand about the experience. One thing they’ve learned is there might be a connection between HSAM and Obsessive-Compulsive Disorder (OCD).

A 2016 study in Frontiers in Psychology wanted to understand the possible link between people with HSAM and OCD. The researchers began testing people who claimed to have HSAM and responded to a call for potential participants. Interested participants went through a series of quizzes in which they had to do a series of memory tasks related to public events. In one task, they were given a date (i.e. February 1, 2003) and they had to identify the event that took place (the Space Shuttle Columbia disaster).

Test takers had to score at least 50 percent on the first test and 65 percent on the second to qualify for the study. Of the participants, 30 made it to the end — 24 were male and the mean age was 39. There was also a control group of 20 people selected because they had similar backgrounds.

The researchers conducted a phone interview in which they gave participants two minutes to recall as much as they could about events that had happened one week, one month, one year and 10 years prior. They repeated the process a month later.

The controls and HSAM participants could remember the event from the week prior with comparable ability. That’s where the similarities ended. The HSAM group remembered “significantly” more information about the other events, including the ones that happened a decade earlier. Both the quantity of memories was higher, as well as the quality and accuracy.

But why? Turns out, they had been thinking about these events a lot.

For most people, memories begin to fade with age, and the ones we retain tend to be less precise than they were years earlier. People with HSAM, in contrast, can recall details from personal or public events that happened decades prior, and studies have found they maintain this ability as they age.

Of course, people without HSAM also have the potential to recall events for years to come. But people with HSAM don’t intentionally work to remember. They don’t rehearse the information, and they don’t rely on memory aids to help them with retention.

For some people, HSAM means the ability to remember when and how public events happened with greater detail than people without the skill. This can involve detailing passages from books or movies and accurately describing the narrative’s chronology. In one study, a woman wowed researchers with her ability to practically recite all the Harry Potter books from memory and identify when specific sentences occurred in the series.

For other people, HSAM means they can remember dates and the day of the week they occurred. Ask what day was February 14, 2015 and they’ll say it was a Saturday. Most people, in contrast, are limited to remembering historic events. They remember September 11, 2001, was a Tuesday or President John F. Kennedy was assassinated on a Friday. But without a personal connection, most people won’t remember that August 13, 2006, was a Sunday.

That’s not to say that people with HSAM can’t have flawed memories or be subject to misinformation. A 2013 study in PNAS found that people with HSAM were just as likely as controls to have false memories after they reported having seen footage of a plane crash that didn’t exist. The authors concluded that although HSAMs have extraordinary abilities, it’s likely that “no one is immune from false memories.”

During the testing phases in the 2016 study, many of the HSAM participants described themselves as having some obsessive tendencies. As part of the process, the researchers had them take the Leyton Obsessive Inventory and found they indeed met the criteria for OCD and had “high obsessional tendencies.”

The researchers then theorized that OCD contributed to the person’s HSAM. Although they didn’t actively try to remember facts about certain events or narratives, they replayed them so repetitively in their minds that it contributed to their recall.

Participants admitted that ruminating about events or stories was a practice they found soothing. If the day was September 1, for example, thinking about what September 1 was like five or 10 years earlier was something they did when they were bored in traffic or trying to fall asleep. The researchers suggested this type of passive rumination lead to the extraordinary recall.

There’s still a lot researchers would like to learn about HSAM and cognitive abilities. So far, they don’t think it’s a function of superior memory. One study found that although people with HSAM performed “significantly better” than the control group when recalling pubic and personal events, their scores for most standard laboratory tests were almost the same as the control group. Another study ruled out superior intelligence as a possible explanation for HSAM abilities.

It's all part of a growing body of literature that only began in 2006, which if memory serves, was not a year for a Harry Potter book or movie release.