How Movies Can Act as a Form of Therapy

Movies aren't just for entertaining. As one writer discovers, they can also be a therapeutic tool. 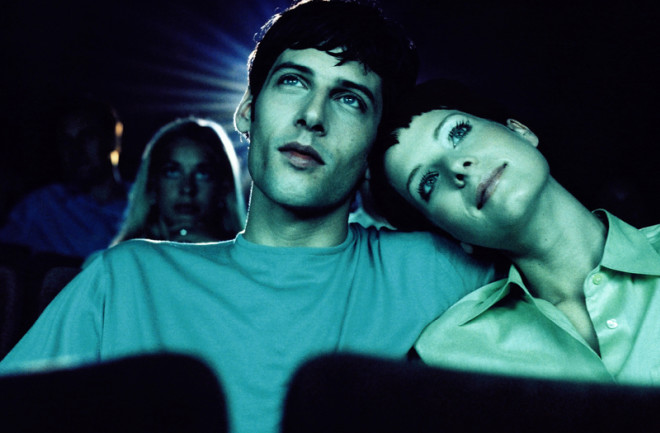 With popcorn and soda in hand, my friends and I settled into our seats. The lights dimmed. Ghostly music filled the room, and Cate Blanchett’s narration surrounded us: “The world is changed. I feel it in the water. I feel it in the earth. I smell it in the air. Much that once was is lost. For none now live who remember it.”

I let out a sigh of relief. I was seven months sober from alcohol and crack cocaine, still struggling to remain abstinent. Despite going to Alcoholics Anonymous meetings, the cravings were overpowering, compounded by emotional turmoil in my personal life. I was an 18-year-old college student and couldn’t imagine life without drugs and alcohol.

But seated in the theater, watching The Lord of the Rings: The Fellowship of the Ring, I was mesmerized. For three hours, I forgot about my troubles, instead cheering on Frodo and Sam as they sought to destroy the “One Ring to rule them all.” Much like the film’s ring, alcohol and drugs controlled me, despite the fact they were killing me.

That night, I walked out of the theater more confident than when I walked in, more sure of myself and my own sobriety. The story of the ring paralleled my own and gave me a sense of hope that I could triumph.

It seemed a strange realization. How, after AA meetings failed to help me overcome my cravings, could seeing a film about a quest to destroy an evil ring do the trick?

Breaking Down the Defenses

As it turns out, cinematherapy, or movie therapy, is a tool many psychologists have studied and used. “Cinema is a therapy because it touches everyone singularly and subjectively,” says Capt. Laurent Brulin, a clinical psychologist in the health department of the army near Bordeaux, France. It “allows a better understanding of the problem and helps to break down psychological defenses, like denial.”

In a paper published in 2013 in the French journal Médecine & Armées, Brulin examined the use of cinematherapy to treat people who had trouble controlling their alcohol consumption. Anywhere from two to six patients met once a week for 15 weeks. Each therapy session consisted of participants viewing a film with themes of alcohol dependence, such as Leaving Las Vegas and When a Man Loves a Woman, followed by a one-hour discussion led by a psychologist.

The setup reminded me of when I was at a rehab center in Illinois attempting to get sober. We watched 28 Days, a movie about a woman, Gwen, who goes to rehab to deal with her alcoholism. Watching Gwen ruin her sister’s wedding, I realized how inconsiderate I was to the people in my own life. And watching her jump out a window to get a pill bottle on the ground a few floors down made me realize I went to similar extremes — for instance, hustling guys in bars for money — to get my drug of choice. The moment struck me, and I felt shame.

Similarly, Brulin found that cinematherapy helped increase participants’ motivation to change as they viewed films about people overcoming similar issues. But for this type of therapy to stick and be effective, Brulin emphasizes it needs to be accompanied by discussion either in a group setting or in individual psychological consultations.

“Psychological counseling will help to discover what the patient’s own life scenario is, what are his patterns of thinking, qualities, defects, strengths, weaknesses, etc.,” Brulin says. “The patient must learn to become a writer, director and actor of his own life.”

Cinematherapy can also help people deal with other complications, including anxiety, depression or repressed emotions. A 2015 study led by Brie Turns and published in the Journal of Family Therapy found that films can help adolescents verbalize internal feelings or work through issues in their home life, like divorce, rebelliousness or selfishness.

Using film to facilitate therapy sessions can help families see things from a different perspective, providing a new way to discuss what’s going on, says Turns, a doctoral student in the Marriage and Family Therapy program at Texas Tech University.

“Kids don’t communicate like adults do,” she says. “When children watch movies, they are subconsciously identifying with characters.” And if a child is asked to talk about the movie they watched, they subconsciously talk about themselves. This also helps patients view the problem as something separate from themselves, making it easier to overcome, Turns explains.

As for adults, even though it’s clearly possible to have successful outcomes with cinematherapy, it is harder to get grown-ups to talk about themselves through watching movies, Turns says. They’re more inclined to view therapy or self-improvement as work, and “aren’t always expecting to go into therapy to watch a movie,” she says.

Choose What's Best for You

For cinematherapy to be most effective, a therapist or counselor must carefully consider the client’s age, life circumstances, background and the problem for which he or she is seeking help. Choosing the wrong film could have negative consequences, according to Turns.

For example, a May 2015 study in the journal Pediatrics involved more than 5,000 15-year-olds in the U.K. and measured their exposure to films featuring alcohol use. Teens who watched booze-infused movies were more likely to try alcohol and binge drink than kids who didn’t see such movies.

These sorts of consequences fit my own experience. Counselors in rehab often warned me of watching films like Pulp Fiction or Requiem for a Dream, which have a reputation for glorifying drug use and could have led me to a relapse.

Despite the impact movies had on me during my struggles, they might not be effective for everyone. Turns notes that some children may not have the attention span to watch a film, and some adults may not be interested in such a form of entertainment. “It’s a matter of finding what works,” she says.

For me, movies continue to be not only a form of entertainment, but also a way to interpret my own life. The Secret Lives of Dentists helped me to get over a breakup. Into the Woods helped me understand how much my father loved me despite how horribly I treated him in the throes of my alcoholism. And Little Miss Sunshine helped me realize it’s OK to be a little weird. For me, movies are just what the doctor ordered.

Amy Kraft is a health reporter based in New York, where she resides with her husband, daughter and cat, Siegfried.