While it may not be obvious to most, text styles likely impact important cognitive processes and might make or break information retention. 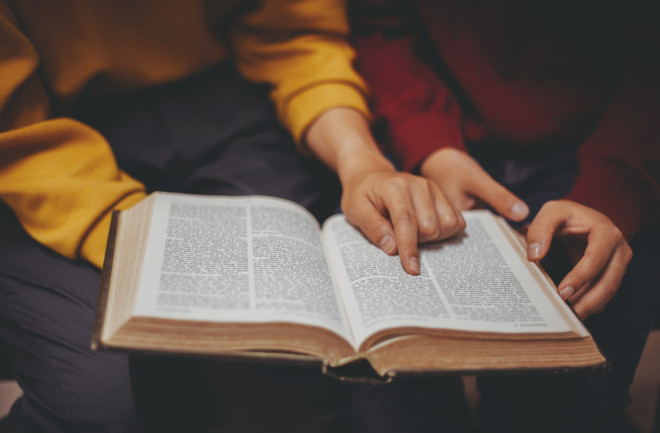 Whenever you read a given text, your brain processes the visual stimuli to create meaning and understand the content. Chances are, you don’t pay much attention to the way the information is presented in the material — particularly the font choice — because your main objective is reading comprehension rather than aesthetics.

Although typography is overlooked by most of us (excluding design enthusiasts), it’s crucial in rendering texts legible, readable and appealing for audiences. Beyond the visual aspect, research shows that fonts play a significant role in the cognitive processes that transpire while we read. A font’s impact on the way you learn and retain information might be hard to notice consciously, but your brain is certainly tuned in.

According to some studies, hard-to-read fonts such as Bodoni, Comic Sans, Haettenschweiler, or Monotype Corsiva are better for retaining information compared to fonts like Arial or Times New Roman. Participants recalled more information from the material they read when it was presented in a font that was difficult to read, according to a 2010 study published in Proceedings of the Annual Meeting of the Cognitive Science Society.

Additionally, a 2013 study in the Journal of Education Research found that this benefit also applies to students with dyslexia. This can appear counterintuitive, but in reality, the increased demand for mental processing may promote better attention toward the current task and improve the reader’s ability to retain information.

“Difficulty can function as an alarm signal, giving the reader a sense that the task is challenging and will require mental effort. This leads the reader to really focus on the material — as opposed to skimming through it — and that additional deep processing helps us learn the material better,” says Daniel Oppenheimer, a professor of psychology at Carnegie Mellon University and one of the 2010 study authors. Additionally, slowing down the reading speed to deal with the disfluency may also increase the likelihood of spotting errors in a text.

Hard-to-read fonts, which make it harder to engage with a material but don’t actually distract the reader, therefore generate “desirable difficulty” — the resulting cognitive burdens may improve performance because they require more mental effort.

Because font disfluency may benefit information retention, a team of designers and behavioral scientists from the RMIT University created Sans Forgetica, a hard-to-read font that was specifically designed to invoke deeper processing. It has an atypical back-slanted design and gapped letters that trigger the brain to complete the letterform. The concept of desirable difficulty was the principle behind Sans Forgetica: Its letterform is just unconventional enough to be of note and trigger memory recall, but not so illegible as to be considered incomprehensible, says Stephen Banham, a typography lecturer at RMIT University in Melbourne, Australia who helped create the font.

Sans Forgetica was released in 2018 to help students recall short answers, phrases or prompts. “We read words by recognizing its outline rather than letter-by-letter, so this needs to be respected in longer text settings. Our brain simply compares that shape with our memory of what that word should look like,” says Banham. Applying desirable difficulty in fonts can be ideal for small bits of information such as keywords, phrases, or single sentences — making it suitable for advertising or headlines — but not for longer texts, he notes.

If a font is difficult to read because an individual is unfamiliar with it, then sufficient practice would make it easier to read and it would no longer have such an effect, says Oppenheimer. However, in recent years, some researchers have highlighted inconsistencies when it comes to disfluent fonts and learning impacts. Several studies that tried to replicate the benefit of hard-to-read fonts found that they may have zero (or even a detrimental) effect on learning. Sans Forgetica has also received criticism for a lack of empirical evidence behind it.

Overall, these mixed results warrant further research into the relationship between font disfluency and memory. And by examining how other type characteristics help with information retention, we can gain a deeper understanding of various fonts’ broader effects.

The Impacts of Font Characteristics

Font characteristics such as style, size and color play a role in information retention or recall, too, because font design is vital to our familiarity — or unfamiliarity — with a given word, says Banham. Experiments have demonstrated a U-shape relationship between font size and memory: Large font items may predict higher recall regardless of font style, but very small font sizes can also introduce a desirable difficulty.

However, texts with difficult-to-read font sizes (or challenging color contrast) may pose more of a readability issue rather than a legibility one. Although both are involved in the visual clarity of a given text, readability relates to the ease of understanding or reading words and sentences, while legibility refers to the ability to distinguish between characters or glyphs.

A document’s specific method of formatting information also makes an impact. Using font styles like bold or italics to indicate significance in a given text can improve retention because people are better able to remember information they consider important, says Oppenheimer. Researchers found that bolded text has a higher recall than text in italic or regular styles, regardless of the font size. However, if an entire document is in bold, the emphasis is lost and readers can no longer spot vital passages.

Knowing the impact of fonts on our cognitive processes has real-world applications, according to experts. People read roughly thousands of messages a day, Banham points out, which can include safety information that’s helpful to keep in mind.

“Retention of information is also important in most circumstances,” he explains. “The applications of memory-enhancing typographic design based on psychological principles are massive, including specific use in childhood learning as well as dementia research.”

For instance, distracting sounds like background chatter or environmental noise from aircraft and road traffic are shown to be detrimental to crucial parameters studied in students and office workers, like text memory, reading comprehension and attentional function. This finding prompted researchers to look into the effect of hard-to-read fonts — they learned that the increased engagement and task demand from the disfluency can significantly reduce one's processing of background noise.

Aside from assisting students, other applications of font research may include helping people remember medical information, safety protocols, or even basic facts such as family members’ birthdays, says Oppenheimer.

Ultimately, researching fonts’ impact on learning is one of the many ways we can explore the human mind. By continuing to research how basic memory processes function, we can discover how to help people retain information more efficiently.

More From Discover
Technology
What Is a Social Media Cleanse?
Mind
Calming Kids With Electronics May Affect Emotion Regulation Skills
Mind
What Psilocybin Psychedelic Mushrooms Are Teaching Us About Human Consciousness
Mind
How Failing Could Actually Help us Succeed
Health
Why Do Some People Live So Long?
Mind
What Is Emotional Blunting, and Do Antidepressants Cause It?
Recommendations From Our Store
My Science ShopDiscover STEM Kits
My Science ShopDiscover 2022 Calendar
My Science ShopStrange Science
My Science ShopElements Flashcards
Shop Now
Stay Curious
Join
Our List