How Do Police Dramas Shape What We Think of Real-Life Officers?

Who we see on police television, and the work we see them do, might make some of us think that real cops aren’t much different. 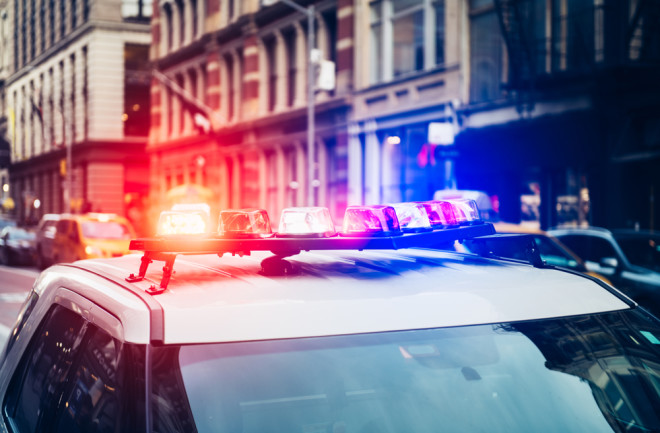 Shows like Law & Order: Special Victims Unit have dominated TV for decades — the series has run for 21 years, officially lapping its predecessor, Law & Order, which ran for 20. Despite its longstanding popularity, the series doesn’t even rank as one of the 10 most-viewed regularly scheduled TV programs. Instead, two other criminal investigation TV shows, NCIS and FBI, made that list in 2019.

But the narratives in these much-loved dramas often don’t match up with reality. Episodes rarely, if ever, end with officers arresting the wrong suspect, for example, and most investigations are for murder. In other instances, these stories of investigation intertwine with narratives about the characters’ detailed personal lives — a broader context that real-world reports of police activity often don’t provide.

And these discrepancies matter, particularly because many of these shows are so popular and can constitute much of someone’s exposure to what an investigation or precinct looks like. “When you get exposed to it again and again and again and it’s the only storyline you’re hearing, you might not even be aware of how that’s impacting you,” says Kathleen Donovan, a political behavior researcher at St. John Fisher College.

Her research suggests that the fictional scenarios playing out on television distort how people perceive actual police behavior. Beyond that, these perceptions can result in real-world consequences.

In some of Donovan’s work on the topic, she and her colleagues started by tallying which storylines dominated cop television. Watching a season each of three of the most popular investigation shows at the time — The Mentalist, Criminal Minds and NCIS — showed that most investigations were for murder and that TV police identified offenders correctly over 90 percent of the time. Suspects in these dramas, which were 76 percent white, also regularly resisted the police, either physically or verbally.

But around the same time these shows aired, the U.S. Department of Justice reported that less than 1 percent of all crimes reported to police were murder, and roughly a third of all homicides in the U.S. didn’t end in an arrest, let alone an actual conviction. Of those arrested for murder, 53 percent are black, and 44 percent are white. Other research shows that only about 12 percent of suspects resist police.

With these discrepancies in mind, Donovan then asked survey participants whether or not they watch these shows and what their thoughts were on various police investigation behaviors. White respondents who watched crime TV were more likely to believe things that aligned with what they saw on screen — like that police misconduct doesn’t lead to false confessions, that police are successful at fighting crime and that force is typically necessary for an arrest. Meanwhile, black survey participants — even those who watched police dramas — were generally more likely to believe that police use force, and use it too often, when making arrests.

Donovan and her team also observed that many of the police officers in these shows come with detailed side stories — like substance-abuse issues or dissolving marriages — that elicit sympathy from the audience. At the same time, these personal issues seem not to affect the characters when they’re on the job. “When it comes to them putting on the uniform, then they get it together,” Donovan says.

These rich backstories stand in contrast to people’s understanding of real police, who are often somewhat anonymous figures in news reports, says Danielle Kilgo, journalism professor at the University of Minnesota Twin Cities.

Kilgo studies how journalism shapes public perception of police brutality. In her own work, she has found that police departments are more willing to share details about their employees when promoting potentially happy stories about community aid. When it comes to police violence, however, departments often deny sharing the names and identities of accused officers. “A lot of times, unless someone has captured that person on video and we can identify them as citizens, their name isn’t disclosed,” she says. “You don’t know exactly who they are.”

In the end, news stories of positive police behavior are told through officers with more fleshed-out personality profiles than stories of police brutality, where the figures involved are more mysterious. The latter scenario leaves room for the public’s imagination, a void that could be filled by the ways police are depicted on TV. Unless a more comprehensive depiction of an officer comes via (relatively rare) news investigations, “it’s not going to come from journalistic media influences,” Kilgo says.

Shows Shape Who Wants the Job

The depictions of police on TV do more than influence what the public thinks — they also motivate people to become officers. In a study asking 42 officers why they applied for the job, just under a third said shows like Law & Order influenced them, a percentage supported by a consulting firm survey of over 1,600 officers. These might be low numbers, too, Donovan points out, as it can seem embarrassing or silly to admit that a TV show encouraged you to pursue a career.

And if this degree of influences still surprises you, it’s worth remembering how many people don’t have personal experiences with police to draw on. “Particularly for those who are living out their lives, not really interacting with police and they don’t have anybody in their family who’s a police officer, they don’t get any of that direct connection,” Donovan says. “And that’s an awful lot of people.”

More From Discover
Mind
How to Be a Good Bystander, According to Science
The Sciences
Gut Biome Diversity Might Shape Personality, Energy Levels
The Sciences
Top 5 Psychology Theories from Sigmund Freud
Mind
Lies, Deception and the Criminal Justice System
Mind
Unpacking The Stigma Around Adult ADHD
Mind
Romance Scams and the Romanovs: What Online Deception Can Tell Us About Russia's Last Imperial Family
Recommendations From Our Store
My Science ShopDiscover STEM Kits
My Science ShopDiscover 2022 Calendar
My Science ShopStrange Science
My Science ShopElements Flashcards
Shop Now
Stay Curious
Join
Our List