How Buzz Aldrin (Unintentionally) Paved the Way for Sex in Space

Meeting the press during a recent visit to Tokyo, NASA Astronaut Alan Poindexter -- Commander of recent Discovery ISS resupply mission STS-131 -- was asked if there had been sex in space. His reply was succinct and left no room for ambiguity (though this photo does look pretty chummy):

We are a group of professionals. We treat each other with respect and we have a great working relationship. Personal relationships are not ... an issue. We don't have them and we won't.

Hang on a second. I'm not sure that the concepts of "sex in space" and "professional" are mutually exclusive. I'm sure that, given what we've learned about human physiology because of spaceflight, that there are any number of cardiologists, internists, endocrinologists, OB/GYNs, and a whole host of other health-care professionals and researchers who would love to have physiological data taken of a couple before, during, and after a union in a microgravity environment. These researchers would be the Masters and Johsons, Kinseys, and perhaps even the Shere Hites of their time. 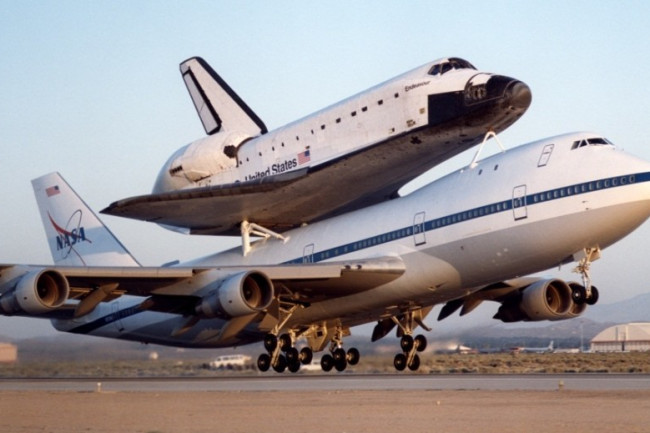 For me, though, when I first read Poindexter's denial about sex in space, the first thing I thought of was Gene Cernan. Wait, that came out wrong. Better elaborate. Gene Cernan

(the last human to leave the lunar surface, fellow Purdue Boilermaker, and one of my personal heroes) did one of NASA's first spacewalks on Gemini 9

. Unlike the previous EVA (extra-vehicle activity) of Ed White

, Cernan did not have a hand-held thruster unit

-- the goal of the EVA was for Cernan to make his way to the back of the spacecraft and don a much larger maneuvering unit, like the MMU operated almost 20 years later. Cernan had a very difficult time maneuvering his body in the airless/microgravity environment of space, his visor fogged, his suit overheated, and he never made it to the back of the spacecraft. Michael Collins

had similar difficulties aboard Gemini 10

. Learning of the low-gravity tribulations of Cernan and Collins, Astronaut Buzz Aldrin

designed tools, handholds, and techniques for his flight aboard Gemini 12

, and moved comparatively effortlessly. NOW you can probably see where this is going. 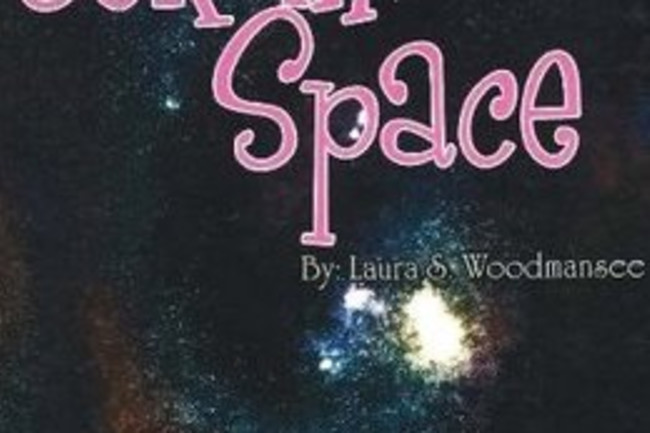 On Earth, when it comes to the act of making love, gravity is a great enabler

-- certainly when it comes to the, uh, harmonic oscillations

one normally associates with various sexual acts. In microgravity, a whole host of Newton's Laws of Motion come into play, and clearly one would need a bevy of straps, velcro, and fasteners -- and that's WELL before even coming close to the realm of kinky or B&D. The book "Sex in Space

" by Laura Woodmansee describes several potential positions by which low-gravity sex could be performed, but after reviewing the book (strictly for scientific curiosity, mind you), it looks like many of those positions would leave Barbarella and Buck flailing about -- not unlike Gene Cernan on Gemini 9. Space.com did a review on the book

, covering some of the topics explored within, but they didn't discuss the topic of potentially enabling positions. (LiveScience did, however, discuss this notion briefly

; so did Robert A. Freitas, Jr

.) On the reverse side of that, under the right conditions the microgravity environment of near-Earth orbit might allow a return to intimacy for people who, because of injury or disease, can't have sex on Earth. So after the upcoming explosion of private space flight, after we've established lunar colonies, you can almost see that the Sandals Resorts

will get into the game with a new resort called "Moon Boots." Humor aside, and as "clinical" as this sounds, it might not be a bad idea to consider monitoring people having sex when there are protocols and experimental controls in place, instead of allowing people who simply want to join the "Hundred Mile High Club

" experiment haphazardly. We'd learn a lot about human physiology, and imagine the spinoffs