How A Worldwide Parasitic Infection Might Shape Human Behavior 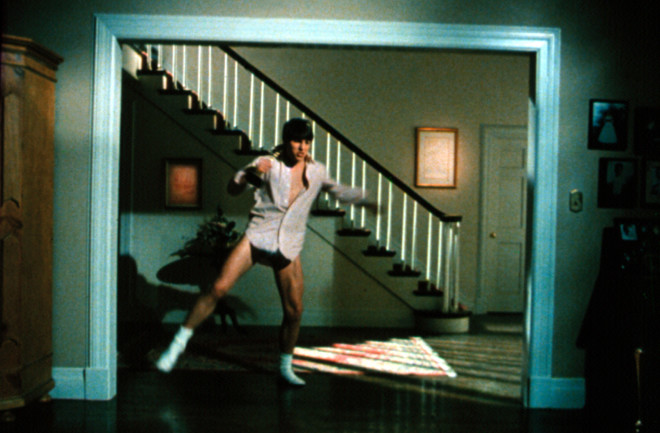 Entrepreneurs are wired different than the rest of us. They’ll embrace huge financial risk to start a business despite statistics showing most startups fail.

That chutzpa often gets tied to environmental factors, like how they were raised or where they went to college, or even to an X factor — something unknown but all-important that allows them to accept risk without flinching. Other studies have even hinted at a genetic component to risk-taking, or sensation seeking, as psychologists call it.

But in a paper published Wednesday in The Proceedings of the Royal Society B, researchers suggest an alternative factor to why people become entrepreneurs: An infectious microorganism that influences human behavior, inhibiting their fear of failure and promoting risk-taking.

The paper describes a correlation between entrepreneurs and people carrying the protozoan parasite Toxoplasma gondii. The infection can be contracted by accidently ingesting cat feces particles (such as from cleaning a litter box) or eating raw meat, according to the CDC. Sixty million Americans are infected, but usually there are no symptoms. People don’t know they are carriers unless tested for it.

However, some researchers have linked the infection to human behavioral changes that place them at higher risk for car accidents, mental illness, neuroticism and drug abuse. The Royal Society paper, written by an international team led by Stefanie K. Johnson, an associate professor of management at the University of Colorado Boulder, goes a step further by linking toxoplasma to entrepreneurship.

A Parasite Made Me Do It

In one of the paper’s studies, saliva was taken from 1,495 undergraduate students at an American university. Of the students, 326 tested positive for toxoplasma. These students were 1.4 times more likely to major in a business-related discipline than students without the infection. Among business majors, those carrying the parasite were 1.7 times more likely to be pursuing an emphasis in management and entrepreneurship.

In another study, saliva was analyzed from 197 people who attended an entrepreneur event. Among them, 124 tested positive for the infection; these people were 1.8 times more likely to have started a business than those at the event who tested negative.

“We think we are in control of our behavior, but isn’t it wild to think that we could be influenced by parasites or any microorganism?” says Johnson. “I really believe we have only begun to understand the impact of microorganisms on our behavior.”

Infections ’Round the World

The team also crunched the numbers on entrepreneurship in 42 countries, using published data, review articles and an academic website that tracks entrepreneurial climate, as well as activities and attitudes globally. The researchers found that the countries with the highest number of entrepreneurs also had the highest number of cases of T. gondii. In addition, these countries had fewer people saying on questionnaires that “fear of failure” was a reason not to start a business.

Johnson emphasizes that the studies do not prove that the infection causes career risk-taking, in the same way other studies do not show causality between toxoplasma and car accidents and psychological issues. But there does appear to be a correlation. “It could be that the same thing that causes the car accidents and entrepreneurial behavior, such as increased dopamine and testosterone, could also be implicated as a cause of psychological illness,” she says.

More From Discover
Health
What Legalizing Marijuana Does to Synthetic Poisoning Cases
Mind
Music, Dance and Bilingualism Could Help Alzheimer’s – If Learned Young
The Sciences
How Do Parents Understand A Baby's Cry?
Mind
People Are Drawn To Others With Similar Body Odor
Technology
Probing the Complex Influence of Video Games on Young Minds
Health
Choosing What Music You Listen To Could Relieve Pain
Recommendations From Our Store
My Science ShopDiscover STEM Kits
My Science ShopDiscover 2022 Calendar
My Science ShopStrange Science
My Science ShopElements Flashcards
Shop Now
Stay Curious
Join
Our List