Planets and moons do not give up their secrets willingly or easily -- they make us work for every clue we get. That seems particularly true when it comes to the search for extraterrestrial life. Even then, some bodies in the Solar System make us work harder than others.

Take Titan, for example. Two weeks ago, I wrote that observations of Titan from Cassini have been interpreted by some as possible signs of life, in particular:

Now it turns out that computer simulations based upon Cassini observations, simulations which hint at depletions of various chemical species at Titan’s surface may again hint at the possibility of life on Titan. The results are very preliminary, but fascinating nevertheless.

It's highly unlikely that we'll ever be able to make a positive determination if there's life on Titan based upon Cassini data alone. Cassini is, after all, an orbiter, and its observations of Titan's surface come from hundreds, even thousands, of kilometers away--limited to those that can be attained during flybys. To ascertain the presence of life, we'll need what scientists in the field of remote sensing call "ground truth"--we'll have to wait until we are able to send a followup probe to the surface of Titan. Perhaps we'll send a probe to Titan similar to Tiny--the Titan rover who has guest-starred in episodes of this season's Eureka. 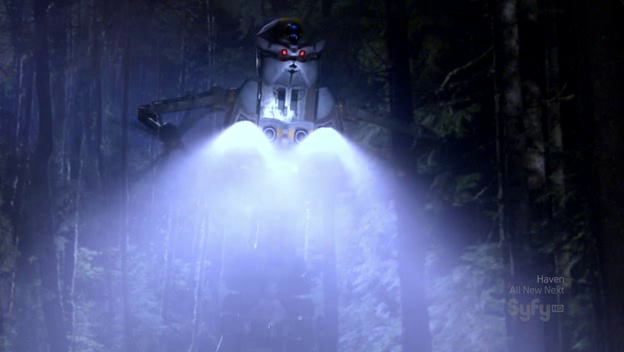 Even then it could turn out that, unless NASA's version of Tiny returns samples to Earth for human examination, the results could remain ambiguous and leave scientists scratching their heads. That is what's happening with Mars. Titan hides its secrets beneath a thick photochemical haze, but when it comes to planets that jealously guard their secrets, Mars is the champion. The Great Galactic Ghoul of Mars

; Mars lies to us. Mars even laughs

at the spacecraft it does allow to explore it. When the twin Viking probes landed on Mars in 1976, each 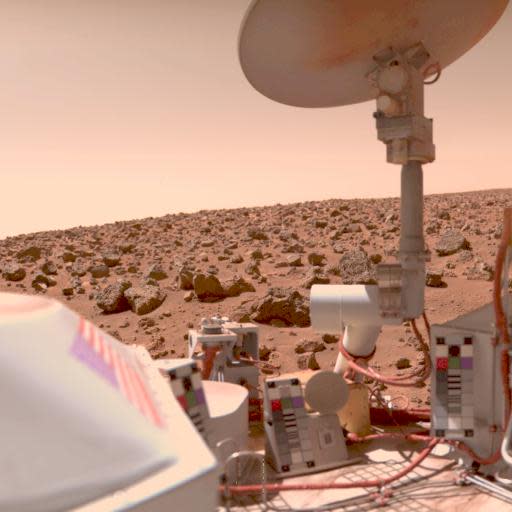 (though the term "soil" is often used, we can't really call it soil until we verify the presence of organics). Two of three Viking experiments

(or LR) Experiment was a different matter, and seemed to indicate that there was life in the Martian regolith

. Some scientists maintain to this day

that the Viking LR experiment yielded a definite "Yes!" on the question of "Does Mars support life?" In 2004 the European Space Agency probe Mars Express detected the presence of methane in the atmosphere of Mars. Methane can be produced geologically (and Mars is not short on volcanoes

), or biologically. (Though media reports of that observation got a bit out of hand

, this is an important observation and research on the source of this methane

is still ongoing. Recent Earth-based experiments and observations by the Mars Phoenix lander 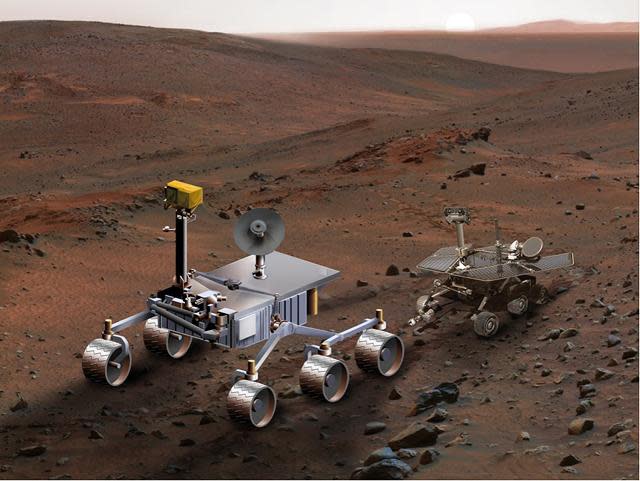 Size comparison between NASA's Curiosity Rover and one of the Mars Exploration Rovers.

In November 2011, NASA will launch the Mars Science Laboratory

--its Martian version of Eureka's Tiny (though not nearly as intimidating). By far the largest Mars rover to date, Curiosity is the size of a Cooper Mini. After a nine-month cruise, it will arrive at the Red Planet in August 2012. Rest assured that Curiosity will answer many of our existing questions about previous science results, and the potential existence of life on Mars. Rest assured that it will raise more questions. If Curiosity gets past the Ghoul, it'll be interesting to see if previous signatures detected by our probes did prove to be life. It'll also be interesting to see what tricks Mars has up its sleeve this time.