Happy Western Music Sounds Happy All Around the World 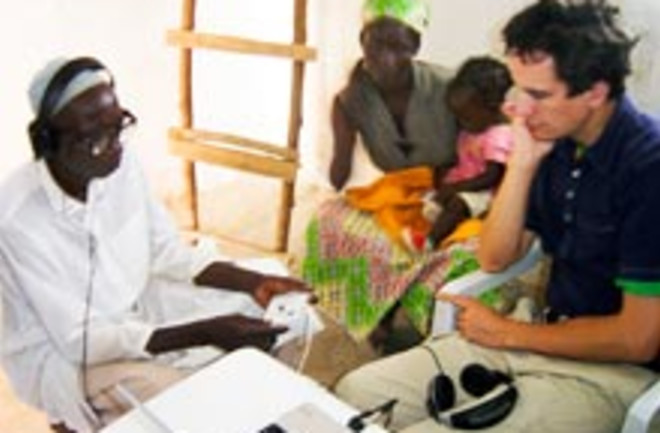 Isolated people living in the remote mountains of Cameroon have provided evidence that emotions expressed in Western music are universally recognizable, researchers say. In a new study, researchers found that members of the Mafa tribe could pick out happy, sad, and fearful tunes, despite having no exposure to Western music.

Researchers say the Mafa's ability to parse the emotions expressed in instrumental classical, jazz, and rock music adds evidence to the theory that music played some role in human evolution.

Researchers have proposed numerous hypotheses about why humans make music, ranging from emotional communication to group solidarity. Other scientists, such as Harvard University linguist Steven Pinker, have countered that music is just "auditory cheesecake" with no real evolutionary significance. If music is the result of Darwinian selection, it's likely that all members of the human species, regardless of their culture, will respond to it in similar ways [ScienceNOW Daily News].

It took about a month for the wary Mafa, who traditionally reject Western ways, to agree to participate in the new study. The tide turned after Fritz took part in a marathon flute-playing ritual and then offered everyone millet beer that he had brought with him. “I got popular rather fast,” he says [Science News].

Fritz then picked 21 Mafa adults who said they had never listened to a radio, attended a church (where hymns are sometimes played), or heard Western music anywhere else. Fritz asked his Mafa test subjects to listen to each piece of music and then indicate whether they thought it expressed happiness, sadness, or fear. He

found that the Mafas' ability to detect musical emotions was far better than chance for all three emotional states. Whereas by chance alone they would be expected to correctly identify "happy" music one-third of the time, the Mafas correctly picked it 60% of the time on average. They correctly categorized the other two musical emotions about half the time [ScienceNOW Daily News].

The experiment also proved another old hypothesis: that everyone is a critic.

"We played them some extreme rock-and-roll from [1960s U.S. surf rockers] The Ventures," Fritz said. "Some people told us it sounded like frogs croaking and was terrible, while others said, 'Wow, this is good'" [National Geographic News].