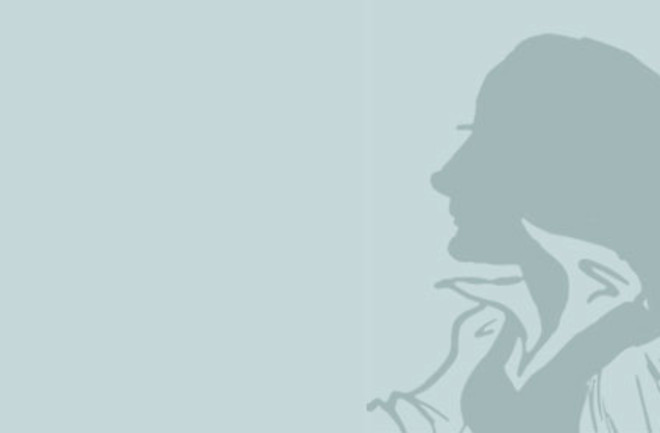 It’s Ada Lovelace Day, in which people round the world celebrate the legacy of a legendary woman by “sharing stories of women— whether engineers, scientists, technologists or mathematicians — who have inspired you to become who you are today”.

I’m taking a slightly different tack. I’m sharing the names of women who tell stories – science writers whose work I admire. (If anyone’s wondering, here's the intensely scientific method I used to compile the list: I sat down, wrote names, and stopped when I got to 15) Each name is accompanied with a brief reason why I think they’re awesome and some links to past work. And as I’ve said before, this is not a list of top female science writers; this is an all-female list of top science writers.

Helen Pearson is the last person who’ll tell you this, but she’s one of the most accomplished feature writers around. Check out this profile of protein-resurrector Joe Thornton or this award-winning story about the study of a lifetime or this classic day-in-the-life piece about Bob Langer. A masterclass in longform right there.

Megan Garber from the Atlantic captures the aesthetic of the modern online blogger-columnist better than anyone else I know. She uses the daily news as a launch pad for wonderfully witty and insightful commentary. And more than anyone else I know, Megan can take something already quite joyous like this Ode to Joy flashmob and make it even more joyous by just bloody talking about it.

Maryn McKenna is like a living arrow, fired straight into the heart of the “blogging isn’t journalism” meme. On her blog Superbug, she regularly delivers some of the best journalism around on the subjects of infectious disease and agriculture. See her coverage of the recent NIH superbug, her piece on a childhood pertussis vaccine, and her detailed investigation into the link between chickens, antibiotics, and 8 million urinary tract infections every year.

Rebecca Rosen absolutely excels at finding beautiful stories, and then writing beautifully about them. See her pieces on Voyager I’s prolonged exit from our solar system, what a trip into space does for the religious experience, and a deaf man hears music for the first time.

Kate Clancy tackles the topic of female reproduction with the great writing and clear science that it deserves but rarely receives. See these posts about Todd Akin’s claims, or the myth of menstrual toxins. And Kate gets extra kudos for acting as a role model for other female scientists and bloggers.

Maggie Koerth-Baker is Boing Boing’s science editor and a columnist at the New York Times, which should tell you something about the blend of wit and authority at play here. See this amazing piece on prion diseases (which doubles as an op/ed on live-tweeting conferences), this one on how science museums are failing, and this brave, personal piece on abortions. And the hilarious Twitter stream.

Alice Bell has yet to say something about science communication or policy that I disagree with. Her writings on these topics are compassionate, deeply considered, and razor-sharp. See this piece on why the fridge got its hum, and specifically listen to her podcast on science literacy.

Virginia Hughes is the journalist who neuroscientists trust to get things right. Because she does. See her recent feature on the neuroscience of resilience, and this feature on the ecosystem of the body that made it into the Best American Science Writing anthology. And everything she writes on Last Word on Nothing is worth reading.

Deborah Blum makes narrative writing looks effortless, and is having immense fun playing around with storytelling on her blog. Have a look at these posts on the mysterious deaths of two sisters in Thailand, a student death in a UCLA lab, and on condors being poisoned by lead

Jennifer Ouellette, whose funny, lively writing enlivens pretty much anything, from serious stuff (Why can’t we travel faster than light?) to... er... less serious stuff (a paean to the science of yodelling).

SciCurious is a master of funny, analytical blogging. Her posts where she picks apart papers area joy to read, deeply educational, and a great insight into what a paper looks like through the lens of a sceptical scientist. See this one on anorexia and obesity, and on mimetic desires. And Friday Weird Science is a consistent delight.

Emily Willingham is the last person I’d want to read my terrible opinion piece, if I chose to write one. Behold these eviscerations on autism and whipworm, and the broken DNA of older dads, on her blog, and also the generally great science writing elsewhere like this one about children in a mother’s mind.

Kerri Smith has been described as the “complete journalist” – awesome at words, pictures, video and audio. See, for example, this profile of dino-hunter Xing Xu, but also the great stream of Nature features on daydreaming, the future of fMRI and more.

Erika Check Hayden nails genetics reporting every single time – textbook example of how to cover a beat really well. See this feature on informed consent, post on what Steve Jobs’s death tells us about the limits of sequencing, or more generally, her continuing reporting for Nature.

Barbara King has been blogging up at storm over at NPR, with loads of thoughtful, fascinating posts on animal behaviour and all things anthropological. See these posts on captive killer whales, the death of a gorilla, or misleading bird “funerals” for starters.

I really could go on. Okay, I will. Here are the next 25 people I wrote down.

Sally Adee (on the neuroscience of night terrors); Petra Boynton (on grieving after stillbirth); Ilana Yurkiewicz (on balancing a scientist’s curiosity with a medic’s compassion); Heather Pringle (on the heartbreaking Tambopata gold mine disaster); Shara Yurkiewicz (on a psychiatric interview); Emily Finke (on finding the spectacular in your own backyard); Jennifer Frazer (on a fountain of life at the bottom of the Dead Sea); Ann Finkbeiner (on resonance); Jessa Gamble (on a wolf encounter); Xeni Jardin (on her own breast cancer diagnosis); Veronique Greenwood (on a mystery of superhuman vision); Christie Wilcox (on pesticide residues in organic food); Amy Harmon (on autistic teens seeking a place in an adult world); Kate Wong (on Australopithecus sediba); Kimberley Gerson (on what it takes for gorillas to dismantle a snare); Bec Crew (on the golden tortoise beetle and its anal fork); Miriam Goldstein (on 3 ways of looking at the Great Pacific Garbage Patch); Maia Szalavitz (on the real science behind Naomi Wolf’s Vagina); Hillary Rosner (on the evolution of colour); Lindsey Fitzharris (on 18th/19th century bodysnatchers); Maria Konnikova (on a history of standardi(s/z)ation); Michelle Nijhuis (on flaws and uncertainty in science); Annaleen Newitz (on anthropomorphizing animal sex behaviour); Rebekah Higgitt (on the geek mythology around Tesla); Debora Mackenzie (link to follow when the New Scientist website stops crashing on me; check out the Threatwatch blog)

There are undoubtedly many, many people I’ve missed, and we’re not even scratching the surface of women who are scientists themselves, who do science podcasts, who do science comedy, and so on. Want more? Tori Herridge and Alice Bell have been collecting Twitter lists of awesome female scientists. And there’s this old but still wide-ranging view of the female science blogosphere.

Feel free to add more below, although try to stick with the format. I find these things more helpful if you give a reason why that person is great, or at the very least, a link to something they've written.

And I haven't had time to check the links so let me know if any are broken.