Had A Fight? A Hug Might Reduce Stress and Boost Your Mood 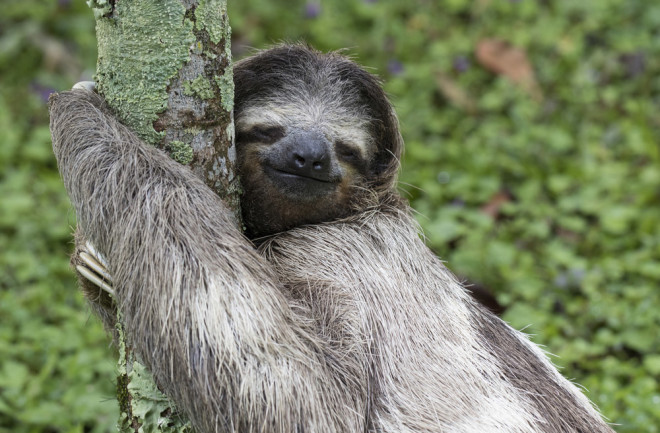 Arguments with loved ones or a stressful conversation with the boss can bring you down. Now, new research provides scientific evidence that getting a hug on the same day you’ve had a conflict can lift your spirits. The finding suggests hugs are a simple yet effective way to relieve relationship stress, romantic or not.

People commonly communicate affection by hugging, holding hands, or even a pat on the back. And past research shows physical contact has psychological and physical health benefits. For example, couples who hug and hold hands feel better and have lower levels of stress hormones. But most research on the power of hugs involves people in romantic relationships.

Michael Murphy, a psychologist at Carnegie Mellon University in Pittsburgh, Pennsylvania, wanted to find out how support from a broad swath of someone’s social network might affect people’s moods.

So Murphy and his team interviewed more than 400 healthy adult men and women from the greater Pittsburgh area by phone every night for two weeks. During the phone calls, the researchers asked people about their social contacts that day. Did they have a meal with others? Watch TV with their spouse? Go to a movie with friends? Take the kids somewhere? The researchers also inquired about whether people had any interpersonal tension or conflict and whether anyone had hugged them since the previous day’s interview.

Then volunteers rated their mood for six categories — calm, happy, full of pep/lively, angry, tense and sad — since waking up that morning. They rated the moods on a five-point scale that ranged from “haven’t felt that way at all today” to “felt that way a lot today.”

When Murphy and his team analyzed the responses, they found people felt better on days they’d gotten hugs. Unsurprisingly, people said they felt worse on days they had had a conflict. But the researchers also discovered hugs buffered against the negative feelings of interpersonal tension. The researchers report their finding that hugs reduce stress in the journal PLOS ONE.

Murphy cautions the work is still preliminary, but says it raises a number of questions. He would like to know if the timing of getting a hug after experiencing conflict is important and if it matters who’s giving the hug. But for now, the research suggests “consensual hugs may be an easy-to-implement way to provide support to both men and women who are experiencing conflict in their relationships,” Murphy said.