Grandma Was Wrong: Gesturing Babies End Up With Better Vocabularies 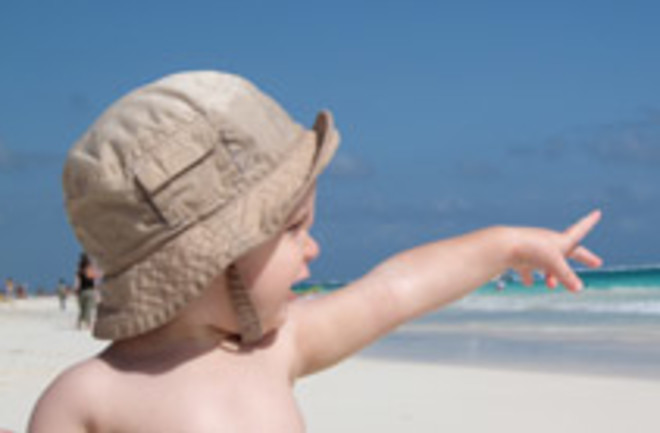 Toddlers who use gestures to convey more meanings at the age of 14 months have more extensive vocabularies when they enter school several years later, a new study has revealed.

"Our findings contradict the folklore," said Prof Susan Goldin-Meadow, co-author on the study. "Your grandma always told you - if you're really articulate you shouldn't have to use your hands at all" [BBC News].

Instead, there's a clear link between gestures and language acquisition, Goldin-Meadow says. The effect begins with the parents, researchers say--parents who gesture more when interacting with their toddlers produce the same behavior in their children. But unfortunately, the parental habit is distributed unevenly, researchers say, with wealthier, better-educated parents gesturing much more to their children. This

may help explain why some children from low-income families fare less well in school. "When children enter school, there is a large socioeconomic gap in their vocabularies" [Reuters]

Denise Boggs, a speech pathologist at Children's Memorial Hospital, said gesturing to young children may teach them ways to communicate before their oral muscles develop enough to form speech. The idea of it is to give them a voice," Boggs said. "For any child that is not talking, it gives them a framework, gives them an idea of what communication is for, and down the road they fill that in with verbalizations" [Chicago Tribune].

It's also possible that a toddler's gestures

may spark more “teachable moments,” creating opportunities for verbal reinforcements of ideas. “The child points at a dog and the parent says, ‘Yes, that’s a dog,’” says Rowe [Science News].