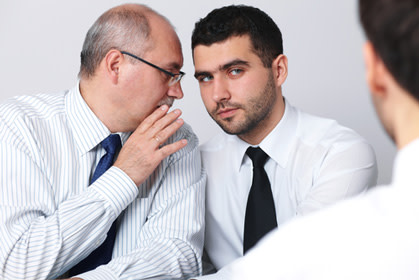 Thorough scientific study has revealed that lots of supposed vices can have surprising upsides: alcohol

. Thanks to UC Berkeley researchers, we can now add another so-bad-but-oh-so-good habit to the list: Gossip, their new study suggests, can be a selfless act of public service

. Surreptitiously passing along the news that someone has behaved badly---what's technically called "prosocial gossip"---can relieve stress, as well as warn others to regard the rule-breaker with a wary eye, the researchers say. (The study didn't look directly at other forms of gossip---rumormongering, telling lies, anything said to a confessional cam on reality TV---so make of that what you will.) In one experiment, the scientists found that people's heart rates spiked when they saw one of two people playing a game cheating, but calmed again when they had the chance to jot a note, middle school-style, to the next competitor about what they'd seen. "Spreading information about the person whom they had seen behave badly tended to make people feel better, quieting the frustration that drove their gossip," one of the researchers said in a statement---scientific confirmation of that scratching-a-lingering-itch feeling of relief we get from clucking our tongues when someone's out of line. What's more, the researchers found, people who were most altruistic would gossip most readily about the transgressor, and even give up their compensation for the experiment to do so. If the most good-hearted among us are willing to pay to gossip, how bad it could it be? [via i09