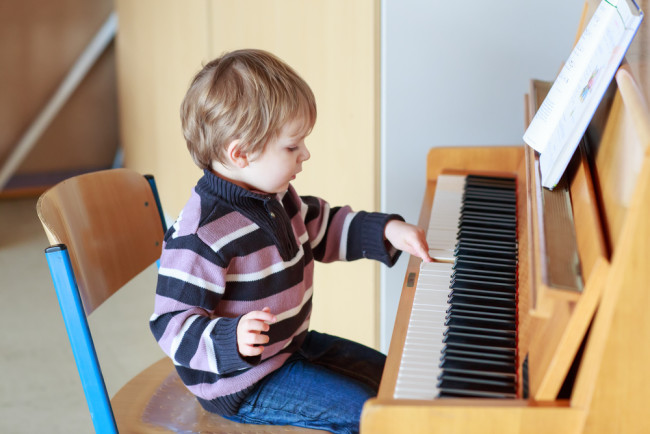 If you ever struggled through piano lessons as a kid, you might’ve wondered if your mind and body just weren’t cut out for tickling those keys — no matter how many times your music teacher insisted that practice would eventually make perfect. And although practice doesn’t hurt, a new study finds that certain genes may also play major roles in the development of musical aptitude. The researchers, led by University of Helsinki medical geneticist Irma Järvelä, began by gathering a sample group of 767 children and adults. The investigators tested the volunteers for musical perceptiveness, using several standard tests that measure accuracy of perception for pitch, sound timing and melodic patterns. The researchers also gathered blood samples from the volunteers. Using a method called linkage analysis, the researchers then searched for correlations between the volunteers’ musical aptitude scores and their genes. And before long, a variety of linkages became clear: The higher a volunteer’s musical aptitude scores, the more likely that she carried gene variants for high sensitivity in the inner ear and for refined sound processing in the brain. The study is the first to show the importance of auditory pathway genes in musical aptitude.

Previous studies have found that these auditory pathway genes govern the development of a variety of structures that allow us to perceive and interpret sound. Seven of these genes shape the development of hair cells in the inner ear’s cochlea, which helps convert sound waves into nerve signals. Another one of them shapes the behavior of a brain region called the inferior colliculus, which routes incoming sound signals to precise destinations in the cerebral cortex. Six others affect the functioning of a brain structure called the amygdala, which plays a central role in our emotional responses to music and other sensory cues. Clear-cut as these results may sound, the study’s authors are quick to point out that, as one analogy goes, “if genetics loads the gun, experiences pull the trigger.” In the paper’s conclusion, the authors acknowledge that “musical aptitude is a complex behavioral trait... Environmental factors, such as the childhood musical environment, the example set by parents and siblings, and music education affect musical abilities.” The findings are reported in the journal Molecular Psychiatry.

It’s precisely that interplay between music-related genes and musical environment that the researchers aim to study next. “We’d like to find out whether genes associated with music perception have beneficial effects in human development, as common-sense wisdom seems to tell us,” Järvelä says. She and her team are also keen to understand the effects of music therapy at a molecular level — a line of research that could eventually lead to more widely applicable and cheap music-based treatments for people suffering from disorders of hearing or memory. The better we understand these interactions between genes, brains and music, the more we’ll understand how to use music for what it’s best at: Putting us more closely in touch with our own minds.