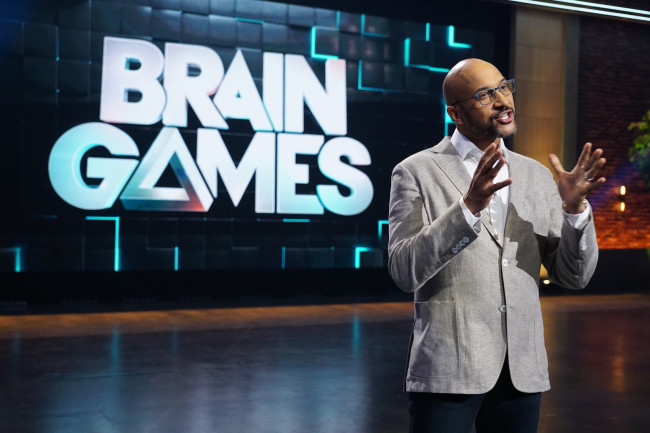 Who says science can't be fun? To be honest, lots of people do--or at least, that's the way many (too many) people think about science. Which is why I am grateful for the many researchers who do public outreach. It's why I admire communicators like Bill Nye, so much so that he and I are now doing a podcast together. And it's why I appreciate shows like Brain Games, which capture the joyous side of using science to understand who we are and how we operate.

My younger daughter, a ravenously curious 10-year-old, loved the original Brain Games television series that delivered 66 episodes between 2011 and 2016. She was excited to hear that the show is coming back in a new format, and I was intrigued by the choice of host: Keegan-Michael Key, formerly of the razor-sharp sketch comedy show Key and Peele. The new show debuts January 20 on National Geographic.

Key brings a welcome jolt of comedic energy to the show. Less predictable, he also radiates a generous, kid-like enthusiasm: He clearly loves being a prankster, but equally loves the psychology and neuroscience lessons woven into the show.

This time around, the guests are celebrities, which works surprisingly well on the whole. Famous or not, we all have the same type of brain with the same kinds of foibles and blind spots. If anything, it's reassuring--and yes, often funny--to see that people who have spent years training to perform in front of the camera run into the same mental glitches as the rest of us. The trade-off is that the scientific segments don't go as deep as they did before; explanatory interludes featuring the muppets Beaker and Dr. Bunsen played too young even for my daughter.

Still, the result is highly entertaining, and the show is sneaky in how it gets you thinking about neuroscience without being the least bit didactic (which is, itself, a pretty neat brain game). To find out more about the scientific and entertainment thinking that went in to creating the new Brain Games, I met up with Keegan-Michael Key--with my daughter joining me, both as a fan and as a critic. Here's the conversation that resulted.

This show seems like a departure for you, or at least it did before I met you. What made you want to spend so much time thinking about other people's brains?

I’m a nerd. I read books about neurobiology, I read books about neuroscience. There’s a book on my nightstand now called Mind Hacks. [I think he means this book. Or does he mean the book Mind Hacking, which is also worth a read?] I love it. When I was your daughter's age, I used to watch things like Wild Kingdom, National Geographic specials, Nova, and other things on PBS.

What's the most surprising thing you learned about the brain while you were making Brain Games?

I learned much work there is going on in the brain that we’re not even aware of. The two most fascinating parts of the brain are the prefrontal cortex and the limbic system, which is right behind it. The fascinating thing to me is that we’re operating from our animal part--our animal side--so often. Sometimes we’re nervous and we don’t even know we’re nervous. Or sometimes we’re ready to flee or run the way an animal would in the wild, and we don’t know it. That to me is fascinating, that we're so much closer to the animals than we think we are.

The prefrontal cortex is telling us, “I’m having all these really cool ideas, and they’re all very complicated and fascinating!” But mostly we’re still in our world very much like: “Mmmm, salt! Wait, what was that? It’s dark!” Sometimes we're that simple, with just a more complicated veneer over the top. 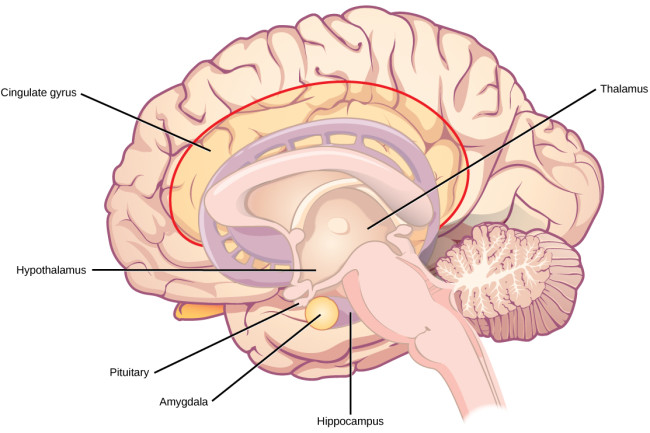 Schematic of the brain's limbic system. Seeing what's there tells you almost nothing about the crazy things it can do. (Credit: Rice University/OpenStax)

Much of Brain Games is about tricking the brain, but you know in advance what's going to happen in each episode. Do you get tricked anyway?

I do sometimes, especially when our mentalist [Lior Suchard, who performs "mind reading" tricks on Brain Games] is doing something. That’s a brand-new aspect of our show. The biggest question mark for me is always how the person is going to react, or what I think they are going to pick, or how they are going to make it through the experiment, or are they going to melt down, or are they going to excel? It keeps me up and nervous at times.

With celebrities, it's easy to imagine that we know these people and can predict how they will react. But even close friends often behave in unpredictable ways. Did you have that experience?

It did happen. There were times when I thought, from the persona I’ve seen of this person or from my knowledge of this person, I wouldn’t have expected them to be this deft at a particular challenge. Or I wouldn’t have expected them to be as comfortable with the challenge as they were. It happened a few times. And there were other times when I thought, "This guy or this girl is going to 100 percent get this, it’s going to happen, guaranteed." And then they would just fold.

It’s the best show to host. I know the exercises, I know where I have to stand for the cameras, but I don’t know what’s going to happen. I really don’t know how people are going to react, or how they’re going to interact.

What about Lior, the illusionist? On TV there's always a question about whether these things were staged or planned out ahead of time. What's it like watching him live?

It’s arresting. He’s such an expert at micro-expressions. Lior is watching facial patterns, he’s listening to syntax. It’s the kind of skill that freaks us out because we don’t want to accept that someone can be an expert in that. Is he reading my mind? Nah, he’s actually reading your body. It’s an incredible thing.

I’m being measured with my words right now. There are some things that I think I’ve figured out [about how Lior does his mind-reading tricks] that I don’t want to say too much about, but there are also some things that I still 100 percent don’t know. And then there are other things where I’m just not sure—was it that kind of reveal or was it something else...

It sounds like you found it humbling working on Brain Games, having to confront how much of our mental processes occur outside of our conscious control.

I’ve been taken down a notch by the show. Taken down two notches, probably. Then again, you also have to have a lot of respect for the grey matter inside your skull. There are so many different parts. I have a newfound respect for certain parts of it that I didn’t even know existed before. How do all the different processes work together? The scenes come into your eye upside down, but you're able to see it and react. There’s no end to the fascination with it.

Have you learned any mental skills as a result of this experience? Do you find you are able to modulate your behaviors more than before, for example?

Yeah, I can modulate myself a little bit as a result. I think the self-awareness does create a new neural pathway. What’s hard is that there are other neural pathways that are deep, deep in there. Neural pathways don’t go away; you can only make new ones deeper than the old ones. But the fact that I have that knowledge helps, I think.

It’s a slower process [changing the way you think] than the way it happens in a movie. You watch a movie and it’s like: “Then she had a great epiphany. And now she’s a new person!” That’s movies. Sometimes that takes 40 years in real life.

I do believe that now have more awareness of myself. Now if I’m getting a feeling of anxiety or my palms are sweating or I’m getting nauseated for a second, I do a self-examination. I go, "Hmmm, now why? Is that from fatigue? Is it something I ate? Is it something else?" Whereas I might not have done that before. It’s like a checklist--now I've got a neural pathway for that checklist. 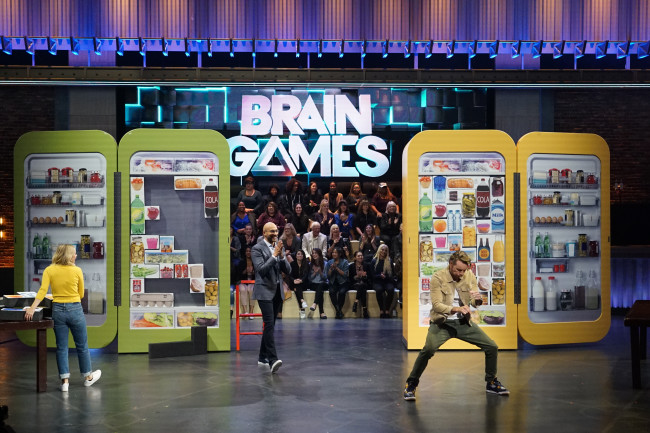 I want to ask about a couple specific episodes of the show [NOTE: mild spoilers follow]. You had one episode that pitted kids against adults. What did you learn there?

Right, our kids-versus-adults episode was the one with the actors from Black-ish. I can tell you the winner if you want to know: It’s 100 percent the kids. The kids win, especially with the reaction experiments. We just can’t react as fast as they do. Where adults win is in impulse control: We are prudent and will fear something, where the child won’t fear the consequence.

My daughter and I are fans of The Good Place, so we were happy see you had Kristen Bell on the show with her husband, Dax Shepard, doing battle of the sexes. Who wins?

It’s shamefully 100 percent Dax. I think Kristen was in her head for the majority of the episode. She was really nervous. She has great respect for her husband’s intellect, maybe a little too much respect. I think she let him get in her head.

That's not exactly a fair competition, then, is it?

Brain Games is about psychology as well as intellect!

MindBrain Organoids are Farther From Consciousness Than You Might Think