From Fibs to Fraud: Why Lying Is a Slippery Slope 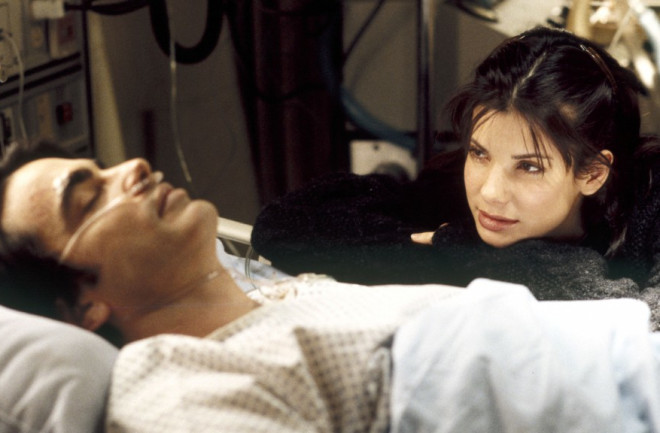 In the 1995 movie "While You Were Sleeping", lonely Lucy (played by Sandra Bullock) saves a stranger from certain death after he falls on the train tracks. But in the hospital, she lies to the man's entire family by claiming she's his fiancé. It goes downhill from there. It’s the plotline of countless romantic comedies: a tiny lie or deception grows into a monster until everything falls apart in hilarious, heart-breaking and ultimately heart-melting fashion. It’s the ol’ “snowball lie” trope, and it plays out in classics like "Sabrina" to more modern flicks like "Wedding Crashers." There’s a reason the snowball lie is a popular premise in movies; it's a reflection of real life. Tax evaders, cheating spouses and blood-doping athletes often recall dipping their toe in the shallow waters of deception long before they found themselves drowning in a sea of increasingly severe, perhaps criminal, fabrications. So why have so many tumbled down this slippery slope? Maybe we just can’t help ourselves. Scientists, in a new study, say the lies we tell progressively diminish the brain’s sensitivity to dishonesty, which makes it easier to push the envelope in subsequent deceptions. It's something we've always assumed, but now scientists believe they've, for the first time, empirically shown that our brains adapt to deception,

Researchers at the University College London based their study on the theory of emotional adaptation. When a person sees a gory image for the first time, for example, neurons in the amygdala — the brain’s emotional processing center — fire fiercely. But repeated exposure to graphic content quiets these neurons and the images lose their shock value. To see if this dynamic was true for dishonesty, researchers designed a simple game. While sitting in an fMRI scanner (a method of measuring changes in blood flow to parts of the brain), participants examined 60 photos of glass jars filled with pennies. Their task: share advice about how many pennies each jar contained with a partner. Eighty participants were recruited for the study, and 25 played the game in the fMRI machine. “You could think of this as a well informed financial advisor tasked with advising a client who is less informed about what investments to make,” says Neil Garrett, a UCL researcher and lead author of the study. In one scenario, participants were tasked with being honest — the more accurate the estimate the bigger payday everyone. In another scenario, participants were told if they overestimated the amount of money in the jar, they would get a larger cut. Their partner would get screwed. It may come as no surprise, but people grew more and more dishonest in the latter scenario.

The Appeal of a Lie

When participants lied the first time, researchers observed a strong response in the amygdala, but with each new deception, that reaction diminished. And as activity in the amygdala fell, the size of the next lie increased. In fact, researchers could use the level of reduced activity in the amygdala to quantify the amount a person would lie in a subsequent trial. Garrett and company published their study Monday in the journal Nature Neuroscience. “The more the amygdala response dropped per one unit of lying, the more participants would subsequently lie the next opportunity they got,” says Garrett. Garrett believes his team’s study is the first empirical evidence that lying begets bigger lies, in the same spirit of emotional adaptation — we get used to it. He says a similar mechanism may also drive risk-taking and violent behaviors. It’s important to note that these results were observed in a controlled environment, so it’s hard to say if dishonesty follows a similar trajectory in the real world. Outside the lab, there are so many factors that facilitate dishonesty escalation or bring it to a halt. The laws of the land, social ties and positions of power and accountability can all impact this trajectory. Still, researchers write, knowing more about the underlying mechanisms of dishonesty escalation may help inform better laws or initiatives to curb it in the first place. For Garrett, there’s a simpler takeaway from their work. “It highlights the potential dangers of engaging in small acts of dishonesty on a regular basis,” says Garrett.