From Clowns to Buttons, These Weird Phobias Afflict Many People

If you have a persistent fear of being buried alive, or clusters of holes, you’re not alone. Nearly 20 million people in the U.S. have at least one phobia. 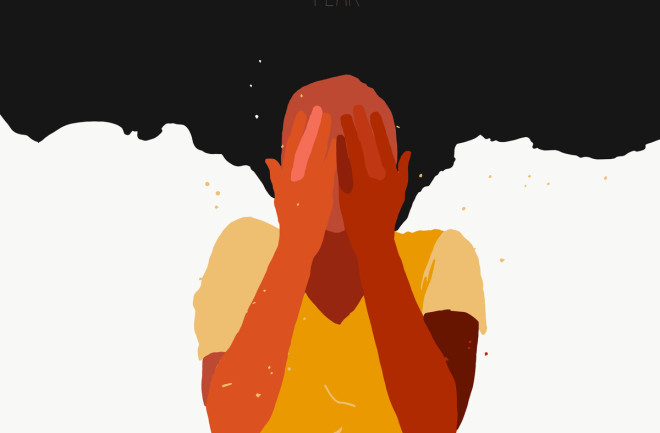 Fear itself is not a bad thing — it can actually serve a protective, useful purpose. In some cases it leads to fight or flight , the body’s sympathetic nervous system response to a perceived threat. But when fear is irrational, excessive and detrimental to someone’s life, it’s classified as a phobia. About 19 million people in the U.S. have at least one phobia. You’ve probably heard of common phobias, such as agoraphobia (public places or open spaces), claustrophobia (confined spaces), or arachnophobia (snakes). But there are other rather unusual phobias that present unique challenges to people’s lives.

If you’re disgusted by or afraid of buttons, you could have koumpounophobia. It seems to be the texture of these clothing accessories that freaks people out, with plastic buttons primarily being linked to the issue. It’s less of a problem with metal buttons. Steve Jobs famously had a button phobia (think of his famous turtlenecks), and it wasn’t limited to clothing. His avoidance of buttons may have led to the revolutionary design of the iPhone touchscreen. As with any phobia, it can have its roots in childhood trauma. Some real life experiences that led to koumpounophobia include someone who had a bucket of buttons fall on his head when he was 2-year-old, and another person who was bullied for not being able to button his clothes. Kids who choked on buttons can also develop a lifelong fear.

It could be the fear of hair ones own head or body, or that of others. Maybe it’s being consumed with dread that a hair might end up in your food or on the furniture. It can even extend to animal hair. Extreme fear of hair is called chaetophobia — and it’s believed to affect approximately 1 percent of the population. People who are obsessed with cleanliness are more prone to this disorder. Other causes can be a traumatic event such being ridiculed as a child for a bad haircut, or having an experience with lice and fearing another occurrence. All phobias can and often do affect social interactions, but chaetophobia can have a seriously negative impact on socializing or dating relationships. Even for people without an actual phobia, hair seems to evoke strong feelings and reactions. Hairdresser Claire Moore and director Benjamin Madgwick have explored the topic in a short film.

Many people don’t like clowns, but that’s not the same as coulrophobia — paralyzing terror at the thought of them. Psychiatrist Robert Gerstman writes about reasons clowns are so scary to some people. “Since clowns paint on their smiles and frowns, you can’t read their emotions or know what they’re thinking,” he says. “If a clown has a painted-on smile but isn’t acting or sounding happy, your brain gets mixed signals. This interrupts the pattern that your brain is used to, making you uneasy.” There’s also no shortage of disturbing or evil clowns in many films. If someone has this phobia, they usually avoid birthday parties, circuses, festival fairs and Halloween parties where they might encounter a clown. Children don’t like clowns any more than adults. Researcher Penny Curtis conducted a study that found “clowns [were] universally disliked by children.”

Taphophobia: Fear of Being Buried Alive

Allegedly, George Washington’s last words in 1799 were to instruct his secretary to wait three days to bury him. The fear of being buried alive in earlier centuries had some legitimacy to it. Before modern medicine, there was no advanced technology to prove that someone had died. Because it wasn’t an exact science, there were cases when people were mistakenly buried while still alive. In an effort to avoid this, sometimes a body would be left out to decompose for several days. This wasn’t always an option, for various reasons. So other methods were utilized, such as removing the heart or the head before burial. Inserting needles under the nails and pouring ammonia into someone’s nose were two other ways to ensure they were definitely no longer among the living. To address this potential disaster, special safety coffins were patented in the 1800s, rigged with alarms in case someone found themselves buried alive.

People with trypophibia have a fear of circles or holes that are clustered together. This can include bubbles, condensation, corals, honeycomb, lotus flowers, strawberries, even animals with spotted skin. In a 2013 study published in Psychological Science, researchers found about 16 percent of participants had responses consistent with trypophobia. They realized that objects that elicited the response had high contrast energy at midrange spatial frequencies. Guess what else has high contrast at midrange spatial frequencies? Deadly animals, such as certain poisonous snakes and spiders, the blue-ringed octopus and the deathstalker scorpion. Researchers hypothesize that trypophia might have an evolutionary explanation — people avoid certain hole clusters because they are connected to animals we’ve evolved to avoid. Trypophibia got quite a bit of buzz in 2019, when Apple came out with the iPhone 11, which upset people prone to this phobia. The phone featured an updated camera with three lenses spaced close together. There’s even a video compilation of trypophobia triggering images with almost three quarters of a million views.