Friday Flashback: Nifty ways to leave your lover: The tactics people use to entice and disguise the process of human mate poaching. 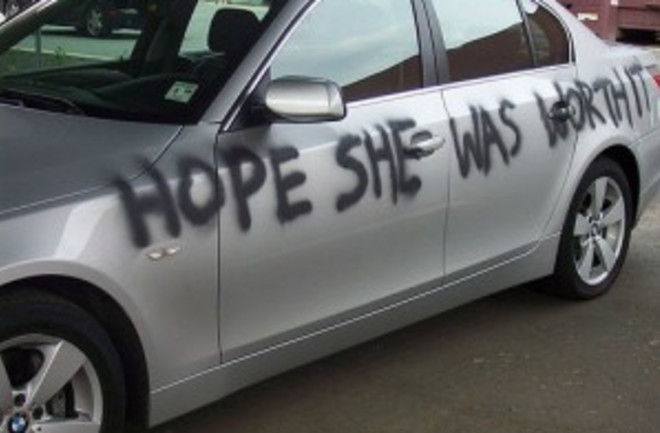 Most of us know at least one romantic couple that got together as a result of "mate poaching." But it turns out that partner stealing partner is actually relatively rare -- another study by the same author suggests that only 5% of marriages are a result of mate poaching. The authors reasoned that not all relationships are as likely as others to be "poach-able", and so they set out to determine if there are signals that partners give indicating they might be willing to be "stolen". And boy, did they find what they were looking for. Check out the table below, complete with rankings of how effective each tactic was. Some are pretty blatant --"He offered her sex"-- but others are more obscure: "He displays high levels of ambition". The full text is worth a read, especially if you think your partner might be ready for poaching.

Nifty ways to leave your lover: The tactics people use to entice and disguise the process of human mate poaching. “Although a number of studies have explored the ways that men and women romantically attract mates, almost no research exists on the special tactics people use when already in a relationship and trying to attract someone new–a process known as mate poaching enticement. In Study 1, the authors investigated the tactics people use to entice others into making mate poaching attempts. Enticement tactic effectiveness conformed to evolutionary-predicted patterns across sex and temporal context. In Study 2, the authors examined the tactics men and women use to disguise mate poaching enticement. The most effective camouflage for poaching also varied between sex in evolutionary-predicted ways, regardless of the target of deception (i.e., current partner vs. larger community). Discussion focuses on limitations of this research, future investigative directions, unexpected findings, and the utility of placing mate poaching attraction within the broader context of human sexual strategies.” Bonus table from the full text: