Found: The Brain's Own GPS

Navigational neurons called grid cells help us find our way in the world. 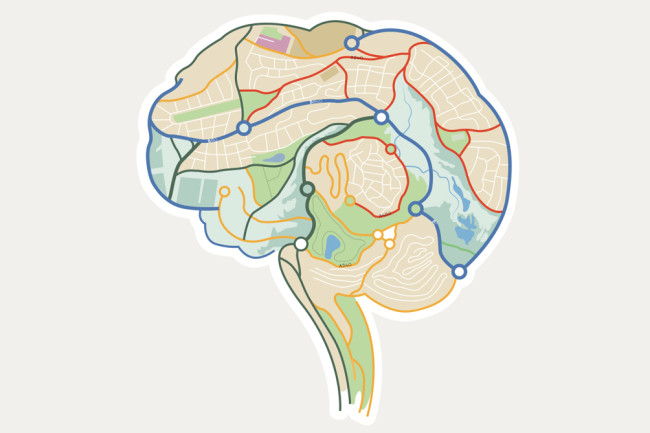 Somehow, we find our way in the world — but how we do it has remained a mystery. Nearly a decade ago, researchers discovered that rodents rely on navigational neurons called grid cells. As the animal moves, different subpopulations of these cells become active depending on distance and direction, creating an internal map of its trajectory.

Drexel University’s Joshua Jacobs and colleagues studied patients who were awaiting surgery for epilepsy. Each had dozens of electrodes implanted in the brain, to record the electrical activity of seizures.

While the patient navigated through a virtual environment on a computer, the team tracked more than 800 neurons, finding two clusters that acted like rodent grid cells. This neural machinery may be involved in learning and memory, Jacobs says: “Understanding this network could help us understand, and maybe even prevent, spatial disorientation due to aging and dementia.”

[This article originally appeared in print as "Found: The Brain's Own GPS."]

Planet EarthThe Devonian Extinction: A Slow Doom That Swept Our Planet
Recommendations From Our Store