Found: A Part of the Brain That Makes You Want to Move 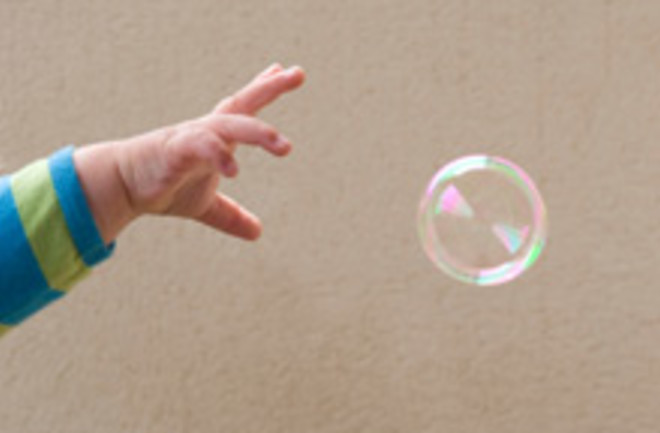 Deciding to reach out your arm and grab something and physically doing it are very different things, a fascinating new study has shown, and are controlled by two distinct regions of the brain. Researchers found that by directly stimulating a brain region called the parietal cortex, they could give test subjects the strong urge to move various body parts, like arms and lips. An even stronger jolt produced a false belief that they actually had moved. On the flipside of the experiment, when researchers stimulated a different part of the brain, the premotor cortex, the subject jerked or twitched, but wasn't aware of it. The findings

suggest that "we need intention to be aware of what we are doing," says [study coauthor Angela] Sirigu. The brain's intention and its prediction of what will result from carrying out that intention create our experience of having moved, she says [ScienceNOW Daily News].

advantage of a common operating room practice. As part of their preparation for surgery, neurosurgeons sometimes electrically stimulate the brains of their patients, who are awake under local anesthetic, to map the brain and minimize surgical complications [ScienceNOW Daily News].

In the case of this new study, published in Science, the patients were undergoing operations for brain tumors, but had agreed to take part in an experiment before the main surgery commenced. In all but one of the seven cases, the cancer was located far from the brain regions being stimulated. Researchers had previously suspected that the parietal cortex was involved in human volition, but experts note that studying voluntary motion in a neuroscience lab runs into some difficulty. "Volunteers can be asked to choose what action to make, when to make it, or even whether to make it at all," the neuroscientist Patrick Haggard notes in a commentary accompanying the study. "But these instructions—which amount to 'Have free will now!'—have something unsatisfactory, even paradoxical, about them," he notes. Now, directly stimulating the brain region provided the clearest evidence to date of the parietal cortex's important role in voluntary action.

"Did you move?" a researcher asked a 76-year-old man after lightly zapping a point on his parietal cortex. "No. I had a desire to roll my tongue in my mouth," he responded. After a stronger pulse to the parietal cortex, a 42-year-old man exclaimed: "My hand, my hand moved" [New Scientist].

Yet the research team detected no signs of movement. Study coauthor Michel Desmurget says the stronger pulse may have fooled the volunteers because it sent a current through

areas that simulate in real time how the movement should unfold if the original intention were actually carried out. Normally such computation would be validated by feedback from the premotor cortex which provides information from the body to determine if the hoped for movement has actually happened. "But in the experiment, the parietal cortex is stimulated in isolation — the brain is not getting any error signal, and is relying on the out-dated parietal simulation" [Nature News]

, he says. Related Content: DISCOVER: The Brain That Misplaced Its Body tells of a stroke patient with a damaged parietal cortex DISCOVER: Touching the Phantom explores the phenomenon of amputees' phantom limbs Image: iStockphoto