Forgiving can literally make you forget. 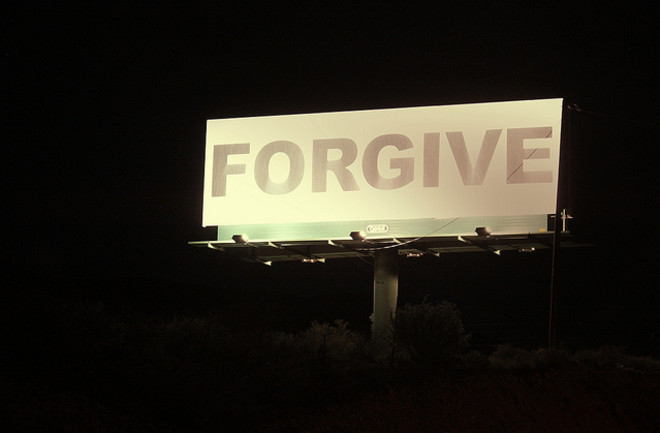 Photo: flickr/gozalewisAre you the type of person who forgives easily? Or do you mull over the the offending incident for months or even years to come? Although it can be easy to pick out friends or coworkers who hold grudges from those who forgive, it turns out that scientists don't understand much about why the two groups differ. Here, scientists tested whether forgiving makes people more likely to forget the details of the incident. The researchers presented subjects with hypothetical incidents and asked whether the person would forgive the transgressor. They then had the subjects either think or not think about the incident. They found that people who forgave the transgression were more likely to forget it after the "no think" condition versus those who did not forgive. Unfortunately for Romeo and Juliet, this study came about 400 years too late.Forgiving You Is Hard, but Forgetting Seems Easy: Can Forgiveness Facilitate Forgetting? "Forgiveness is considered to play a key role in the maintenance of social relationships, the avoidance of unnecessary conflict, and the ability to move forward with one's life. But why is it that some people find it easier to forgive and forget than others? In the current study, we explored the supposed relationship between forgiveness and forgetting. In an initial session, 30 participants imagined that they were the victim in a series of hypothetical incidents and indicated whether or not they would forgive the transgressor. Following a standard think/no-think procedure, in which participants were trained to think or not to think about some of these incidents, more forgetting was observed for incidents that had been forgiven following no-think instructions compared with either think or baseline instructions. In contrast, no such forgetting effects emerged for incidents that had not previously been forgiven. These findings have implications for goal-directed forgetting and the relationship between forgiveness and memory." Related content: Forget poker faces, watch your opponent’s arms if you want to win.Are you too optimistic? Science can fix that.Have a song stuck in your head? Here’s how to get rid of it.