For an Isolated Tribe, Time Follows the Terrain, and the Future is Uphill 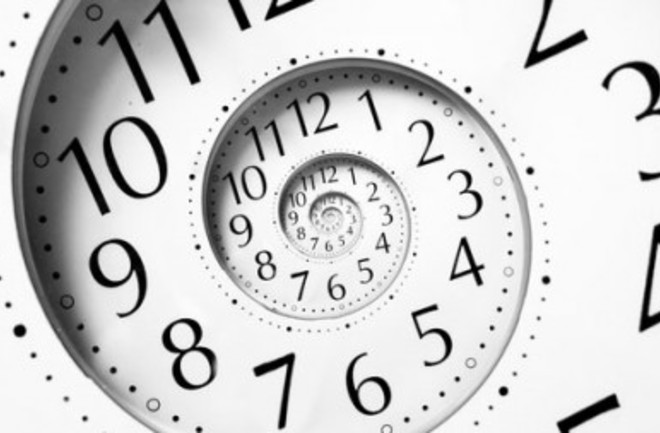 When we say "I knew him way back when," or "the best years are still ahead of you," we're using space to set up a timeline, with the past trailing behind us and the future stretching forward. Scientists long assumed that all people envisioned time that same way. But more recent studies have shown that's not the case: Mandarin Chinese speakers may refer to the past as above them and the future as below. When the Pormpuraawans, a tribe in the Australian outback, think of time's physical progress, they leave their own location out of it: time flows from east to west, regardless of which way they themselves are facing. Now, researchers have worked with a group of people who seem think of time's movement through space in yet another way: by referencing not relative locations or cardinal directions, but topographical features. For the Yupno people in Papua New Guinea, rather than marching ever onward, time wends its way uphill. The Yupno tribe lives in the mountains of northern Papua New Guinea where, aside from limited contact with teachers and missionaries, they are isolated from the rest of the world. The researchers interviewed 27 adults from the tribe, asking them about various events in the past and future. They found that, wherever they were, the Yupno tended to gesture downhill, towards the mouth of a particular river, when talking about the past, and uphill, towards the river's source, when referencing the future. Their mental timeline seemed to track the river's course: The Yupno's gestures didn't just indicate opposite directions on a straight line, as you might think, but instead followed the curve of the river, as shown below:

When the researchers repeated the study inside, the results were somewhat different: The Yupno pointed toward the doorway to indicate the past, and opposite it to indicate the future. But the researchers had found, in a previous study, that Yupno tended to think of their doorways as "downhill," so they might simply be remapping the same sort of timeline onto a smaller space. (It's also worth nothing that western countries are unusually consistent in our perception of time as a behind-to-before street: There tends to be a lot more variability in these measures in cultures with less education, where timelines and their attendant metaphors aren't taught and standardized in school, or in languages like Mandarin, which offer a variety of different metaphors to talk about time.) While this is a small observational study, and thus can only hint at the Yupno's perceptions, it offers an intriguing window into an entirely new way of envisioning the passage of time. Time and time again, psychologists and anthropologists are finding that many human thoughts and behaviors that were assumed to be universal are anything but. A new way of looking at the world may lie just up ahead---or below, or westward, or uphill. [via New Scientist]