For a Creativity Boost, Go Hang Out in a Blue Room 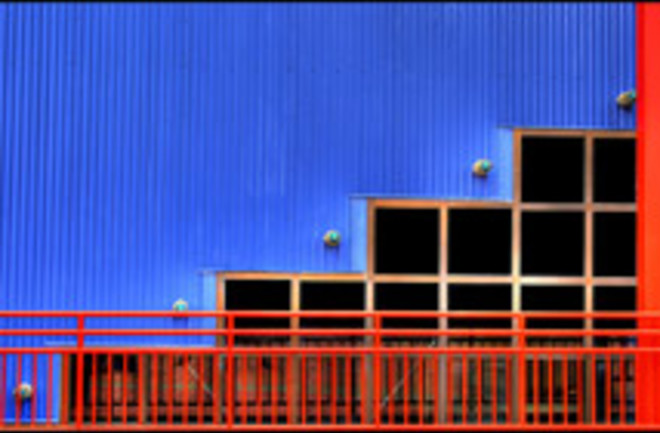 When you need to brainstorm ideas for a big project, get yourself to a room that’s painted blue. But when it’s time to proofread the final product, find a red room. Those are the implications of a fascinating new study that measured the effect that colors have on cognition. Researchers found that red can make people’s work more accurate, and blue can make people more creative [The New York Times]. Since people associate red with danger, it primes them to proceed with more caution and diligence, Zhu reasons, while blue’s oceanic connotations put them in a more adventurous mood.

Researcher Juliet Zhu decided to tackle the topic because previous studies had come up with inconsistent findings. Some studies had found that red enhances cognition, for example, while other studies suggest the opposite. Zhu suspected this might be because the work didn’t pay enough attention to which types of cognition were being affected. Red might enhance performance on some tasks, she reasoned, while impairing performance on others [ScienceNOW Daily News].

In the study, published in Science [subscription required], researchers first gave volunteers a battery of cognitive tests, including proofreading, memorizing lists of words, designing a toy, and thinking up uses for a brick. When the background color on the computer screen was red, the volunteers did better on the proofreading and memorizing tasks, while a blue background prompted them to think up more ideas on the second two tasks.

Zhu thinks the phenomenon is a result of learned associations. Because we learn early that red means to avoid danger, maybe it’s slowing us down in detail-oriented tasks so we can do them better — things like memorizing, proofreading, reading warning labels, concluded Zhu…. But people associate blue with sky, freedom, peace, maybe sparking a feeling of exploration than in turn enhances creativity. “It’s really this learned association with these colors that drive these different motivations,” Zhu said [AP].

Marketers should take note of another aspect of the study in which the researchers made two different versions of a camera ad–one focused on the camera’s features, while the other displayed beautiful travel photos. The test subjects were more likely to rate the technology-focused ad favorably when it was on a red background, while a blue background boosted the second ad’s ratings.