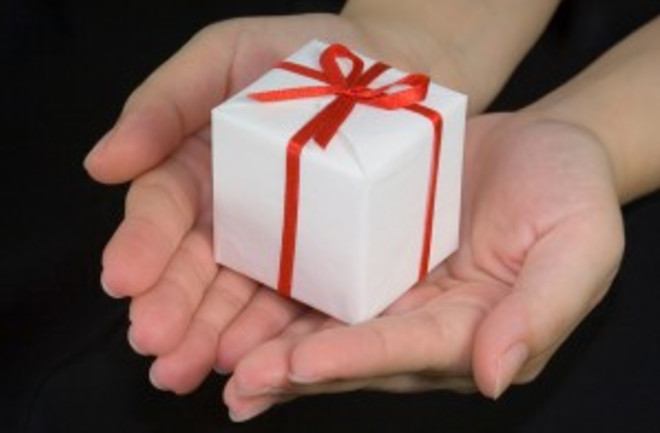 Photo: flickr/asenat29The holiday season is in full swing, and you might already have received some odd, cheap, or just plain ugly gifts from well-meaning givers. Thus begins the eternal dilemma: do you keep the gift and just toss it out during your next spring cleaning? Or do you make the best of the situation and regift it, hoping the original giver never finds out? Implicit here is the assumption that the original giver would be offended to find out you regifted (the gift was meant for you, of course). But would he or she be more offended at the gift being thrown away? In this study, the researchers asked participants to imagine these different scenarios and then asked them how offensive each option seemed. For the imaginary receivers, regifting was tantamount to throwing the gift away in terms of offensiveness. However, for the gifters, regifting was overwhelmingly the preferred--and less offensive--option. The authors propose instituting a "National Regifting Day" to help reduce the stigma associated with regifting. Because that sure sounds fun. The Gifts We Keep on Giving: Documenting and Destigmatizing the Regifting Taboo. “Five studies examined whether the practice of regifting-a social taboo-is as offensive to the original givers as potential regifters assume. Participants who imagined regifting a gift (receivers) thought that the original giver would be more offended than participants who imagined that their gifts were regifted (givers) reported feeling. Specifically, receivers viewed regifting as similar in offensiveness to throwing gifts away, yet givers clearly preferred the former. This asymmetry in emotional reactions to regifting was driven by an asymmetry in beliefs about entitlement. Givers believed that the act of gift giving passed title to the gift on to receivers, so that receivers were free to decide what to do with the gift; in contrast, receivers believed that givers retained some say in how their gifts were used. Finally, an intervention designed to destigmatize regifting by introducing a different normative standard (i.e., National Regifting Day) corrected the asymmetry in beliefs about entitlement and increased regifting.” Bonus figure from the main text:

Fig. 1.Results from Study 2: mean rating of offensiveness as a function of the participant’s role (giver or receiver) and what the receiver did with the gift. Error bars represent ±1 SE. Related content: NCBI ROFL: Is it really the thought that counts?NCBI ROFL: Socially awkward? Just take a Tylenol.NCBI ROFL: Spoiler alert! Spoilers actually increase enjoyment of stories.