The centuries-old practice is widely misunderstood, yet it has still carved out a niche in modern medicine. 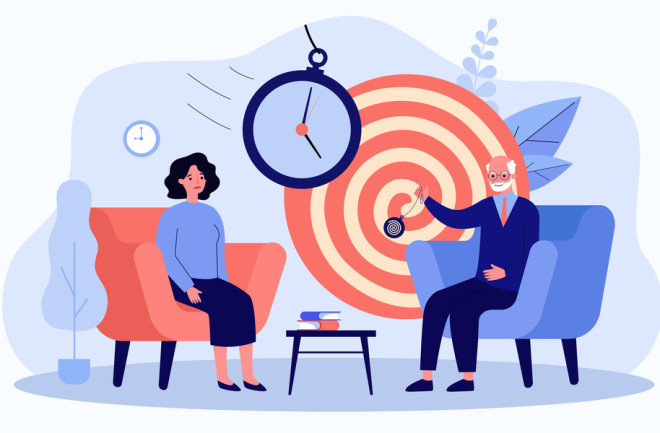 Hypnotism is widely known by stage performances in which people are coaxed into embarrassing situations. As it turns out, this type of show has little to do with the actual work of legitimate practitioners: Professional hypnotists have helped people stop smoking, lose weight, manage anxiety and deal with pain, among other accomplishments. First recognized in the late 1700s, hypnosis entails harnessing the power of the mind to impact one's perception and behavior.

It Has a Long History

The word “mesmerize” comes from 18th-century German physician Franz Mesmer. He claimed that special magnetic fluid ran through the body, a concept he dubbed animal magnetism.

Mesmer theorized that a blockage or lack of adequate fluid causes a variety of conditions — and magnets can help by increasing this fluid. Interestingly, he may have had some success: Certain patients allegedly improved and felt better, despite previous diagnoses that indicated they'd be severely ill for the rest of their lives.

Eventually, Mesmer realized he could achieve the same results without the use of magnets, but by simply placing his hands on patients. In fact, it wasn’t the magnets or his touch that created positive results — it was the power of suggestion. The patients mitigated their symptoms via their minds.

Scottish surgeon James Braid later became known as the “Father of Hypnosis,” and was the first to use the term “hypnosis,” in his 1843 book, Neurypnology.

Although there are qualified, skilled hypnotists out there, it’s generally a label that pretty much anyone can use. Since there’s no single governing body that sets the standards for hypnosis credentialing, it’s important to inquire about a particular hypnotist’s training if you’re considering working with them. Among professional hypnotist associations, the National Guild of Hypnotists (NGH) is considered the oldest, largest and one of the most respected. They require a minimum of 100 hours of training in order to gain certification. They also have a robust code of ethics, and require ongoing education to ensure that their members stay up-to-date in their training.

While in hypnosis, people become deep relaxed. During this state, they’re more open to suggestions and change, which can lead to positive results. Rather than controlling people, hypnosis actually gives people greater control over their mind and body.

Kathy Lindert, an NGH-certified hypnotist, views hypnosis treatment as a collaboration between the client and the hypnotist. “If you don't want to make changes, it won’t work,” she says. “You have the lock and key to your subconscious and conscious mind, and only you can open or shut the door."

By helping people identify what’s hindering their progress and how to reframe these issues, Lindert guides clients to uncover the answers within themselves. “Working together, building trust and communicating is where the change happens,” she notes.

A common misconception about hypnosis: It can trap people in a hypnotic state or force them to do something against their will, as with the silly stage shows. But even if a practitioner doesn’t bring you out of hypnosis, you can quickly emerge from it naturally — either by falling asleep or returning to a non-altered state of consciousness.

It Can Complement Mainstream Medicine

Hypnosis isn’t meant to replace medically necessary treatment. Still, it can be useful as an addition to modern practices. Research shows that hypnosis treatment may help treat insomnia, coach people to quit unhealthy habits, and reduce side effects that accompany many pharmacological treatments. Although hypnosis has slowly gained increased recognition among the medical (and dental) communities, some argue that it’s still underutilized. As medical providers learn more about the potential advantages of hypnosis, it may become more prevalent in conventional fields.

Hypnosis Has Its Limits

The practice isn't a magic bullet, nor do its practitioners perform miracles. People looking for easy solutions likely won't be successful, says Lindert. Over the years, she’s worked with clients on a variety of issues, including several who were referred by physicians.

While plenty of us can benefit from hypnosis, it isn't right for everyone. If someone is experiencing an untreated mental illness that involves a chemical imbalance in the brain, Lindert says she doesn’t treat them. However, when a potential client is receiving proper medical care, Lindert will confer with their psychiatrist or medical provider to make sure it’s safe to proceed.

Another situation in which she’s extremely cautious: when parents bring their children without telling them they’ll be receiving hypnosis. Lindert speaks honestly with children and asks them if they consent to the treatment. If not, she respects their decision and won’t go forward. And, she notes, it wouldn’t work anyway. Without a willingness on their part, “You could pay me a million dollars and I couldn’t change them,” she says.