From mental to physical health, these five neurotransmitters keep our bodies moving. 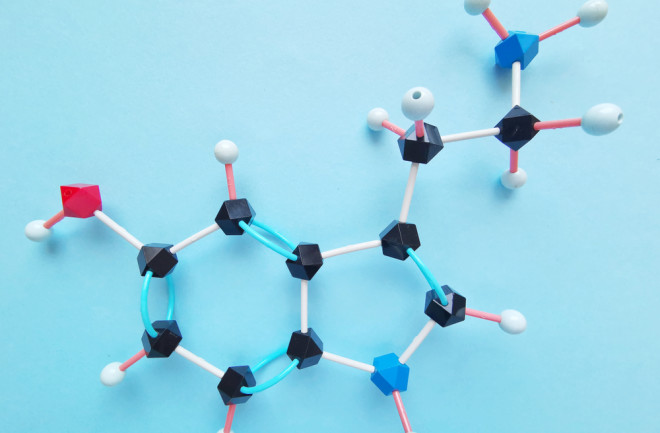 Neurotransmitters are chemical messengers that enable signals between nerve cells and target cells. These target cells are found in nerves, muscles and glands. We need neurotransmitters for our brains to regulate a variety of functions. These include appetite, breathing, concentration, digestion, muscle movement and sleep, in addition to others.

There have been more than 60 neurotransmitters identified thus far, but scientists believe there may be more yet to discover. To get a better understanding of neurotransmitters, here are five that are essential to everyday life.

Acetylcholine, the first ever identified neurotransmitter, was discovered in 1914. Our bodies convert choline into acetylcholine. A lack of choline can lead to negative health effects, including liver cancer, diabetes and muscle damage.

There are several dietary sources that will increase choline intake, such as whole grains, broccoli, cabbage, fish, eggs and nuts/seeds. There’s no proven method for maintaining optimum levels, and acetylcholine imbalances have been associated with several chronic medical conditions, including Parkinson’s, myasthenia gravis, and Alzheimer’s Disease.

As the leading neurotransmitter of the parasympathetic nervous system, it plays an important role in many physiological functions. Blood vessel dilations, smooth muscle contraction, the production of bodily secretions and slowing heart rate all depend on acetylcholine.

The body makes dopamine through a two-step process. First, tyrosine (an amino acid) is converted into another amino acid and precursor, L-dopa. It’s then eventually converted into dopamine. Affecting blood vessel function, kidney function, heart rate, mood and sleep — a shortage or excess of dopamine can impact several conditions, including schizophrenia, ADHD, obesity and drug addiction.

Despite potentially negative health impacts related to unbalanced dopamine, it can also be beneficial in several life-threatening situations. Low blood pressure, insufficient cardiac output and septic shock have all been treated with dopamine. There’s potential to raise dopamine levels from foods that are high in tyrosine.

Some foods that are high in tyrosine are avocados, bananas, chicken, dairy, pumpkin/sesame seeds and soy.

Gaba functions as an inhibitory neurotransmitter, meaning it blocks certain nerve signals in the brain. By inhibiting these signals, Gaba helps to reduce anxiety, fear and stress. Along with increased anxiety, lack of adequate Gaba is associated with autism, depression and schizophrenia. Reduced levels have also been linked to epilepsy and Huntington’s disease.

Some people take Gaba supplements in an attempt to improve their mood or sleep, or aid in relaxation, but there is little research to support its use.

Gaba can be found naturally in certain foods, including brown rice, soybeans, chestnuts, cabbage, miso and kimchi. However, just as there are questions surrounding the efficacy of Gaba supplements, the same is true with the Gaba found in food. It isn’t known how much is capable of reaching the brain, or if it’s blocked by the blood-brain barrier.

Glutamate is both the most abundant excitatory neurotransmitter, and amino acid. It’s related to the regulation of learning and memory, pain sensation and sleep/wakefulness mediation.

Too little can cause insomnia, lack of energy and mental fatigue — while too much can lead to anxiety, pain amplification and ADHD-like symptoms. Excessive amounts of glutamate in the brain can overstimulate nerve cells and damage them.

You’re probably familiar with the processed form of glutamate, known as monosodium glutamate or MSG. Some people are sensitive to MSG, where consuming food flavored with it, will result in headaches, palpitations or muscle tightness. One way to lower glutamate levels is to eat magnesium-rich foods like leafy greens.

Made from the amino acid tryptophan, serotonin acts as a mood stabilizer. It aids in reducing depression and anxiety, healing wounds and maintaining bone health. When levels are normal, it leads to greater emotional stability, and feeling calmer and more focused.

There are also natural ways to boost levels, including working out and spending time outside taking in fresh air and sunlight. Increased intake of foods containing tryptophan is a simple way to help enhance levels, also. Cheese, edamame, eggs, oatmeal, tofu, turkey, and salmon, are all high in tryptophan.