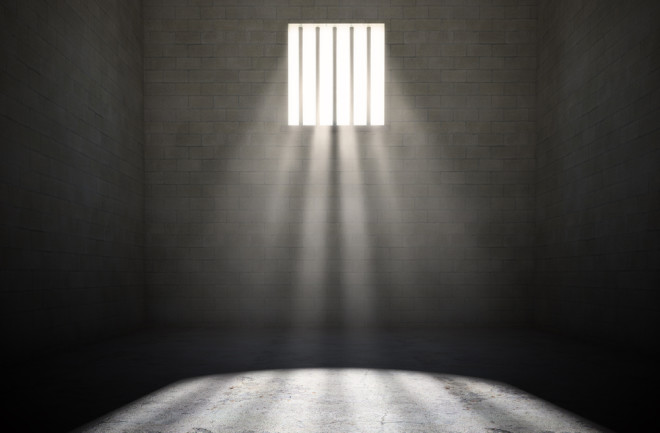 (Credit: Mopic/Shutterstock) Any last words? It's a question prisoners on death row hear before their execution begins. Along with last meals and long cell block walks, the opportunity to give a final statement has become deeply ingrained in the highly ritualized process of executing prisoners. Most prisoners take the opportunity to pause on the lip of annihilation and utter a final statement, and the content of these messages range from expressions of guilt and sorrow to expletive-laced outbursts. Examining the final thoughts of people who have not only had time to think about their ultimate end, but who must also wrestle with overwhelming feelings of guilt and sorrow (though not in every case), provides a unique opportunity for sociologists and psychologists alike.

There is a growing body of scientific literature centered around the study and analysis of prisoners' last words, although the subject is far from closed. At the moment, most studies work to identify recurring themes, though work in the future could go beyond this to search for correlations between last words and type of crime, prisoner demographics, personal history and mental health. At the moment, we can break down the final statements of death row inmates into a few broad categories: expressions of guilt and remorse, proclamations of innocence, spiritual statements and communications to their families. Journalist Dan Malone undertook such a content analysis in 2006, and found a few broad categories into which most final statements fall. For many prisoners, the act seems to be an attempt to reach some sort of peace with their situation. Statements like "I'm ready" and those that express hope for some sort of afterlife are common. Some choose to address their victim's families directly, and nearly every one that does so expresses remorse for their actions. Many acknowledge that they can never make up for what they did. Most inmates stop short of admitting guilt — instead of focusing on the past, they look to the future. More rarely, the soon-to-be executed will directly own up to their crimes, most usually along with an expression of sorrow or an apology. In rare cases, the prisoner will choose to go down swinging, lashing out with angry and defiant words in their final minutes. Still, these cases are rare, and it seems that the finality of death impresses a measure of humility and grace on most people. Most common overall are words of regret and personal statements, usually concerning their family, such as "I love you," or references to being in a better place. It's an oddly one-sided view of men who have been convicted of horrible crimes.

What Does It Mean?

Of course, it can be difficult to trust the words of someone who won't be around to face the consequences of their actions any more. On the other hand, a dying man has very little left to lose, and few among us want to die with regrets. Further work is needed to truly parse out exactly why prisoners choose to say the things they do. As of right now, we have a few hints, though. Many final statements seemed aimed at lessening psychological pain, something that a 2017 study identified as one of three main themes among prisoners' last words. Identification with lost or forgotten ideals and rejection and aggression were the other dominant subjects that emerged in their analysis, which aligns roughly with what Malone found in his work. This makes sense, since both studies used very similar datasets. Because of the nature of the death penalty in the United States, the statements come largely from Texas, which has been responsible for about a third of all executions since the death penalty was re-instated in 1976. While no recording devices are permitted in the execution chamber, a secretary is on hand to transcribe the prisoner's final words, and, at least up till 2005, when Malone's study ended, the Associated Press had a reporter on hand to chronicle the event as well. This means that the final words of Texas death row inmates carry outsized influence in these kinds of studies. Most death row inmates are also men, another limitation. To truly understand the impact that final statements have, and what they say about our relationship with death, a more diverse sample size is necessary. These studies are a start, of course, but looking at how final statements differ across countries, by type of crime, and by demographic could prove illuminating. In addition, the prevalence of mental illness among death row inmates could impact the way they frame their crime, and their lives, just before execution. The last words we say before death are not usually uttered casually. This doesn't mean they necessarily offer a glimpse of who we truly are, but instead a premonition of who we wish we were, or hope to be someday. It's a rarified moment in a human being's life; one that could help us all come to terms with our impending doom.

More From Discover
Mind
Weed Might Not Make You Creative After All
Mind
How Does Alzheimer's Disease Lead to Death?
Mind
Calming Kids With Electronics May Affect Emotion Regulation Skills
Mind
What Psilocybin Psychedelic Mushrooms Are Teaching Us About Human Consciousness
Mind
How Failing Could Actually Help us Succeed
Mind
Can Playing Video Games Make You Smarter?
Recommendations From Our Store
My Science ShopDiscover STEM Kits
My Science ShopDiscover 2022 Calendar
My Science ShopStrange Science
My Science ShopElements Flashcards
Shop Now
Stay Curious
Join
Our List