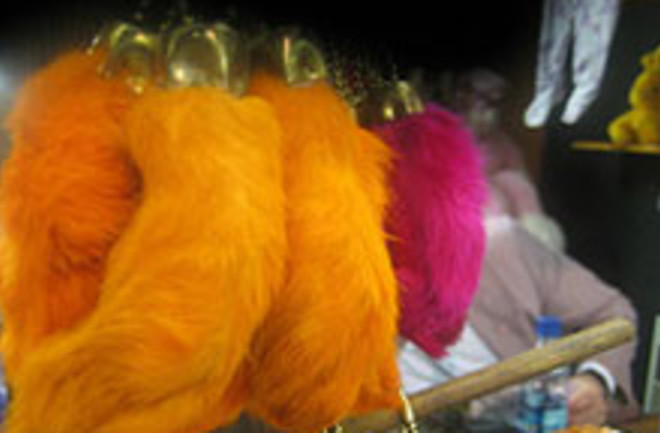 People who feel that they lack control while participating in lab experiments are more likely to see patterns where none exist, researchers say, in a finding that helps explain persistent beliefs in superstitions and conspiracy theories. In a new study, researchers manipulated volunteers’ perception of control and then watched the insecure subjects find connections where none existed in an apparent attempt to restore a sense of order to the world.

In one experiment, researchers gave half the volunteers a feeling of powerlessness and confusion by randomly scoring them right and wrong (and mostly wrong) on a series of questions. Then the volunteers had to find patterns. In one task, they were asked to find faint images in grainy patterns of dots. Half of the pictures had images and the others were random dots. While people in both groups correctly spotted the images, the group that felt they lacked control from a previous part of the experiment also “saw” images in 43 percent of pictures that were not there [Reuters].

In the study, published in Science [subscription required], researchers say the behavior is a natural response to the uncomfortable feeling of helplessness; by perceiving a pattern, even an illusory one, people can regain the feeling that they understand what’s going on. It can be more comforting to believe that a vast conspiracy explains, say, the stock market crash than to acknowledge that the financial system is beyond your comprehension, let alone control: conspiracy beliefs, write the scientists, give “causes and motives to events that are more rationally seen as accidents … [in order to] bring the disturbing vagaries of reality under … control” [Newsweek].

In another experiment, the researchers had some test subjects recall a time when they’d been out of control, and had others focus on a time when they’d had mastery of a situation. Then they read them a series of scenarios where an action preceded an event, and asked whether they were causally related. People who felt out of control were more likely to say that a business executive’s ideas were rejected because he failed to perform his lucky ritual of stomping three times before the meeting. Says coauthor Adam Galinsky: “I imagine that there are a lot of [stockbrokers] who are wearing a ‘lucky shirt’ at the moment, or walking a certain way to work in the hope that this will improve their fortunes” [BBC News].