Fatal Familial Insomnia: The Disease That Kills By Stealing Sleep

Fatal familial insomnia can be deadly. 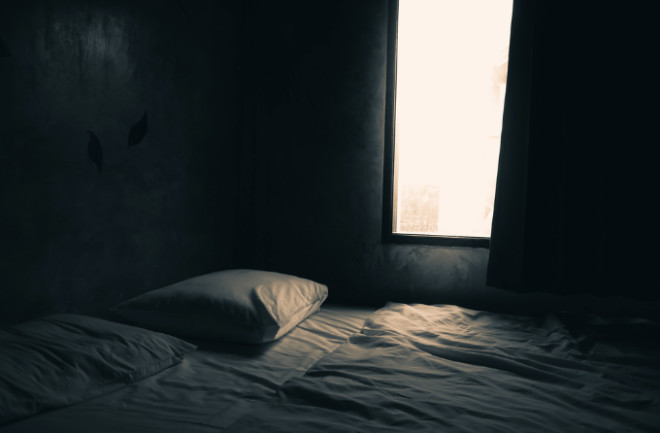 A brief bout of insomnia can be maddening. You know what it feels like. We all do. Lying awake chasing feverish thoughts from our minds while the slow tick of passing minutes compounds sleep-stealing anxiety.

For most of us, these episodes are a brief interruption to our sleep schedules. Others experience more persistent insomnia, but at a level that’s often manageable. But for a very rare group of people with a frightening disease called fatal familial insomnia (FFI), the sleep loss can be deadly.

Medical reports of the disease first surfaced in the 1980s, after an Italian man named Silvano presented himself to neurologists with a dire prediction: He was going to die soon, and he knew how it would happen.

It was no hyperbole — Silvano’s two sisters had recently died from a strange disease that robbed them of their ability to sleep. He had just experienced the same symptoms that kicked off his siblings’ spirals into fatal insomnia.

The hallmark of FFI is contained in the name. What starts as difficulty sleeping gradually progresses to a complete inability to fall asleep. Sleeping medications don’t seem to help much — even with a pharmaceutical push, the brain cannot cross the threshold into sleep.

Silvano’s pronouncement turned out to be true; he was soon dead. As writer D.T. Max chronicles in his book The Family That Couldn’t Sleep: A Medical Mystery, subsequent studies of Silvano and his family members revealed crucial similarities to a seemingly unrelated disorder: Creutzfeldt-Jakob Disease.

CJD is characterized by memory problems, personality changes and involuntary movements, among other things, and it is eventually fatal. The disease shows up later in life, typically in a person’s 50s or later. It’s caused by a quirk of biology known as a prion, a misfolded protein, and that’s what eventually tipped Silvano’s doctors off to the nature of his family’s curse.

Prions occur when a normal protein in our bodies gets folded into an unintended shape. All proteins get folded in our bodies in complex, origami-like ways that we still don’t fully understand. The folds are crucial to a protein’s ability to function normally inside our cells, but a misfolded protein can be deadly. This is because prions can cause the proteins around them to become misfolded as well, spreading destruction in a wave of misshapen molecules. In this way, a prion can infect a person’s body like a virus, despite having no DNA, no life, to speak of.

Fatal familial insomnia is caused by a prion version of the PrP protein — a protein found throughout our bodies, though its functions aren’t well understood. The disease most often arises due to two genetic mutations to the PRNP gene, but cases of FFI can occur in those without the mutations as well. Though the disease’s mechanisms are still little-understood, it seems that prions build up in a region of the brain called the thalamus, which helps regulate our sleep-wake cycle, among other things.

FFI usually begins with mild insomnia, mild dementia and muscle spasms. Sufferers may also notice themselves sweating profusely, and their pupils may shrink to pinpricks. As the disease progresses, the afflicted lose all ability to sleep and may experience rapid weight loss. They begin to live in a trance-like state, seemingly caught between sleep and waking, though it offers no respite. Dementia and panic attacks steadily worsen, and the patient eventually slips away. The average survival time is 18 months.

There is no known cure for FFI, and few palliative treatments exist.

While some researchers are forging ahead in a search for a cure, at the moment, the little hope that exists for those diagnosed with the disease comes from a man known only in the medical literature as “DH.”

DH was 52 years old when he contracted FFI, which had already killed his father and three other family members. A naturopath with a doctorate and an evidently fierce will to live, he set out on a voyage of self-preservation. DH at first downed an impressive daily regimen of vitamins, including niacin, antioxidants, brewer’s yeast, tryptophan and melatonin, a cocktail that reportedly allowed him to sleep five or six hours most nights.

But after five months, the vitamins stopped working their magic, and he moved to more potent solutions. He tried ketamine, nitrous oxide, choloroform and combinations of various prescription sleep medications. They worked, but not for long. He then turned to stimulants, aiming to improve the quality of his waking hours. Taken several times a day, the drugs left him feeling refreshed, and even allowed him to sleep for several hours as they wore off, he reported. Later experiments with a sensory-deprivation chamber also appeared to allow him to sleep briefly.

But, by this time, more than a year into his diagnosis, DH’s body was beginning to wear down, likely a consequence of his disease and his pharmaceutical attempts to thwart it. Though he continued to struggle on, touring the country in a motor home driven during bouts of stimulant-induced clarity and writing a book, DH eventually succumbed to cardiac arrest 26 months after contracting FFI.

It’s not entirely clear what eventually kills those with FFI. While it’s likely that insomnia plays a large role in the disease’s effects, the prions that accumulate in the brain also lead to other symptoms: sweating, dementia, rapid weight loss and more. It might be that the disease itself is otherwise fatal and the lack of sleep simply hastens its progress.

Attempts to find a cure have so far been unsuccessful, as with all prion diseases. Immunotherapy, in which the body’s immune system is tuned to attack a particular target, may be an option, though tests are ongoing.

Another potential method comes from a pair of researchers with a unique motivation. Sonia Vallabh lost her mother to FFI — subsequent genetic testing revealed she too carried the mutations. Though Vallabh hasn’t yet begun to show symptoms, it’s likely she will someday.

So Vallabh gave up her career as a lawyer and, with her husband, Eric Minikel, went back to school. Today, they jointly run a lab at MIT’s and Harvard’s Broad Institute. They are pursuing research into a type of molecule known as an ASO that can prevent RNA molecules — which help translate DNA into proteins — from working, according to Wired. Targeting an ASO to the specific gene that causes FFI might prevent prion formation. Following successful experiments in mice, they are now hoping to begin human trials.

Though the path for any new treatment is long and fraught with difficulty, their approach could one day offer a means of protecting against prions. Vallabh and many like her whose fate hangs on the folds of a protein might finally have a fighting chance.