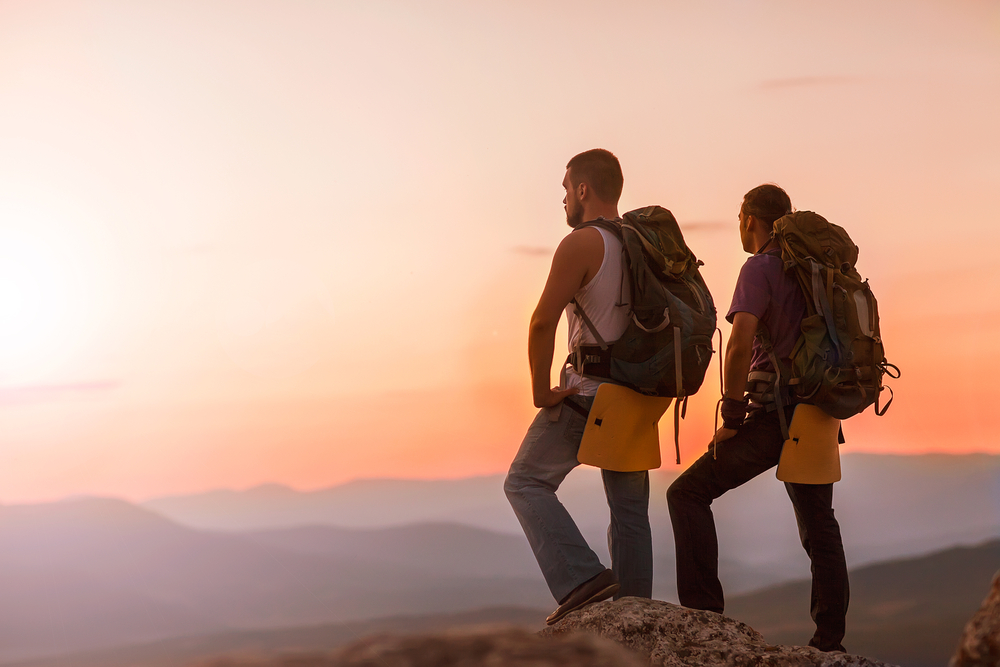 To get some perspective on daily troubles, lots of people escape to the outdoors – maybe a weekend bike ride, a fishing trip or a hike – to clear their minds. And now there’s some scientific evidence that it actually helps. Researchers have found that looking at natural landscapes makes people more forward-thinking in their decision-making.

The researchers started by preparing two different photographic slideshows – one depicting lush green natural landscapes, the other depicting urban environments. The team then recruited 47 volunteers and assigned each volunteer to one of the slideshow rooms at random. In each room, volunteers listened to an audio script encouraging them to become immersed in the environment shown in the photographs. After each of the volunteers had watched one or the other of the slideshows, the researchers offered them a choice between two types of financial reward: 100 euros ($135) now, or a larger sum in 90 days’ time. And to test just how willing each participant was to wait for a reward, the researchers ratcheted the amount of the delayed reward upward in 10-euro ($13) increments until each volunteer chose it over the immediate reward.

As you might expect, very few of the volunteers chose to wait 90 days for 110 euros when they could have 100 euros right now – and on the other hand, almost all of them were willing to wait 90 days for 150 euros or more. When the value of the delayed reward fell in between these two figures, though, a clear distinction became apparent. Participants who’d viewed the natural-scene slideshows were far more willing to wait for an extra 20, 30 or 40 euros than were the ones who’d seen urban scenes – hinting that their exposure to natural beauty may have made them more amenable to delayed gratification.

To pinpoint this effect, the researchers conducted additional experiments. In one, they offered immediate or delayed rewards to three groups of volunteers – a group who’d viewed photos of natural scenes, a group who’d viewed urban photos, and a group who didn’t view any photos at all. In another, they sent one group of volunteers to take a walk in a forested city park and sent the other to hang out in a heavily developed business district, offering similar reward choices afterward. These subsequent experiments confirmed the team’s results: Participants who’d spent time viewing or exploring nature had the lowest thresholds for delaying future reward, implying that their exposure to natural scenes made them more inclined to care for the future. The results

appear this week in Proceedings of the Royal Society B. The researchers say the psychological benefit could be because nature moves at a slower pace overall, while city life relentlessly bombards us with pressure to acquire status, material goods and mates. When we take a step back and see the environment as a whole, all those tiny struggles vanish into the grand timescales of the Earth itself. As the old Greek proverb says, A society grows great when old men plant trees whose shade they know they shall never sit in. We might all be doing our grandchildren a favor if we spend less time running the rat race, and more time planting those trees. Image by Rock and Wasp / Shutterstock