Evolution is a signal for real Republican populism

New York Magazine has a rundown of the attitudes of some of the G.O.P. candidates for the nomination in regards to evolution. Remember, this is an issue which is split down the middle in the American populace, but elites have a strong skew toward accepting evolution. This is probably why despite a majority Creationist primary electorate in 2008 the majority of Republican candidates still agreed with the evolutionary position. In 2012 it looks like the Creationism or semi-Creationist contingent is going to get larger.

In the General Social Survey they asked in the late 2000s whether respondents accepted that "humans developed from animals." The response was dichotomous. Here are some results for various population groups: 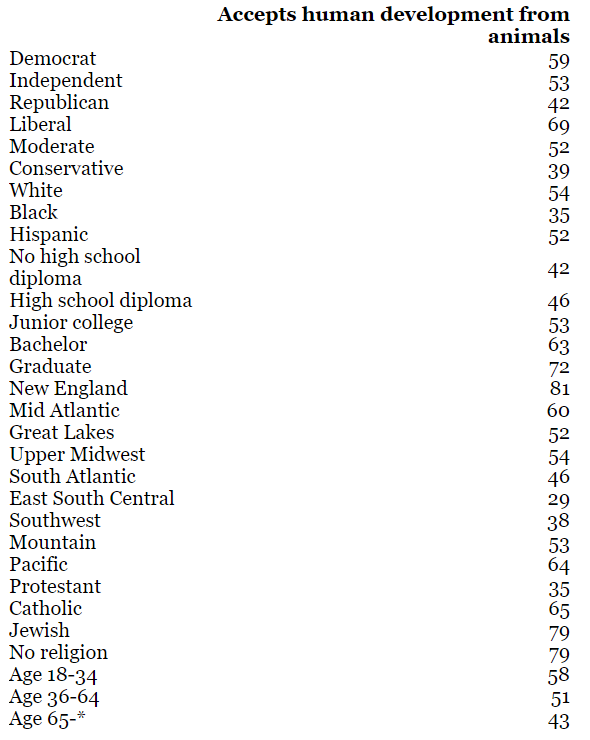