Evolution Explains Why Mean Girls Get the Guys

As if we needed another reason why mean girls are the worst. 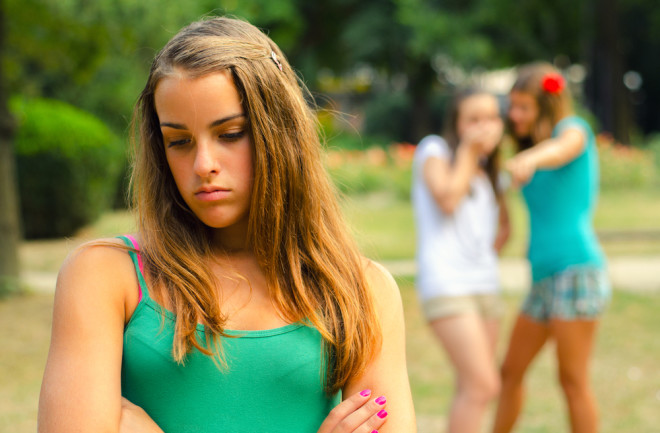 When it comes to choosing mates, the standard formula is that males compete to impress females. Female competition for mates tends to get less attention. But a new paper suggests that gossip and cattiness among adolescent girls serve as the female form of competition, and have evolved to increase a female’s sex appeal above her peers.

Girl-on-girl aggression definitely happens — anyone who’s lived through middle school (or seen the movie Mean Girls) can attest to things like excluding girls from a group, giving someone the silent treatment, gossiping or divulging secrets. The question is, do girls act this way to increase their social standing generally, or does it specifically make them more attractive as potential mates?

Sex on the Brain

The paper’s author, psychologist Tracy Vaillancourt, argues that the latter is true. Studies show that so-called indirect aggression is used more frequently by women than men, is usually directed at other women, and is most frequent in adolescence and young adulthood. These years correspond with women’s peak fertility.

In one lab experiment, women primed to think about going on a date were subsequently more likely to say they would socially exclude a woman who slighted them. Another experiment (by Vaillancourt herself) found that female participants were much more “bitchy” toward a sexily-dressed assistant than the same young woman in dowdy attire. Along the same lines, attractive adolescent girls are 35 percent more likely to be on the receiving end of aggression than their plainer peers, according to a survey of Canadian teenagers.

Women may have evolved to engage in back-stabbing behaviors rather than direct aggression — e.g., fist-fights or face-to-face insults — because of their mothering responsibilities, LiveScience explains:

Because of women’s role in childbearing and rearing, they are less expendable than men and couldn’t risk injury by settling disputes with their fists, said Anne Campbell, an evolutionary psychologist at Durham University in the United Kingdom, who was not involved in the work. Instead, social exclusion and talking behind someone’s back allowed women to work out conflicts without endangering their bodies.

Not only does such cattiness make the targeted women too sad and anxious to compete in the sexual market, some studies suggest it can make men find rivals less attractive — provided the badmouthing comes from a cute woman, Vaillancourt said.