Every tribune a Rick Santorum! 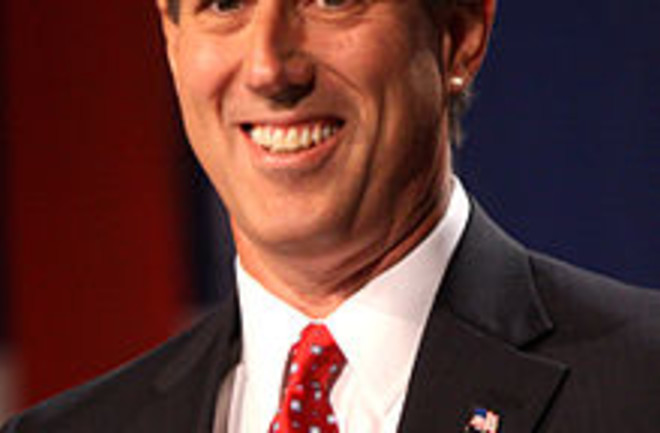 After the power of Islamists in Tunisia and Egypt made itself felt, and current domination of Iraq by Shia political parties, and the likely strength of Islamists in Libya, the media finally has become more cautious about pushing any narrative which makes them look as prescient as Paul Wolfowitz about the nature of the Arab body politic. So, for example, this article surveying the Islamist strands within the anti-Assad coalition in Syria. The problem for the Islamists is that Syria is "only" on the order of 75 percent Sunni, and they do not want to project the image of chauvinist exclusivity which has come to the fore in Egypt, lest the religious minorities dig in in their strongholds (e.g., along the coast). But I think it needs to be pointed out here that in Iraq the Shia Arabs are only somewhat more than 60 percent of the population. In other words, there is no question that a democratic order will result in the regression of minority rights in Syria if the Islamic Brotherhood wishes this to the the nature of things.

Why are we even talking about this in the 21st century? Because of a particular tendency toward religious nationalism which seems to be part &amp; parcel of Arab identity in our time (and more generally, of Middle Eastern identity, as the same strain is evident in Turkey and Iran). The nature of this religious nationalism is hard for many Westerners to grok. The constitution of Iraq states that no law must must contradict Islam. The provisional constitution of Egypt states that sharia is the source of legislation. As a practical matter these dictates can't be followed literally. But they're used to justify oppression of minorities and deviants from the orthodoxy.

And yet I do wonder if what is occurring in the Arab world today gives us an insight into a counterfactual scenario: what if democratization came to the West before secularization? Recall that by the late 18th century most of the European elite had put aside sectarian differences. The push for religious liberty in fact came from elites and sub-elites, with the populace at large often resisting (e.g., the Gordon Riots). In contrast, democracy evolved in these societies in the second half of the 19th century, and sometimes only in the 20th century. The acceptance of democracy by the Roman Catholic Church did lead to the rise of "Christian Democratic" parties, but these have only been factions on a larger landscape. What if democracy had come to Europe in 1700? I think the argument could be made that if that was the case you would see exactly what is happening in the Arab world today, religious nationalism would serve as the focus for mass mobilization. I suspect that a democratic, as opposed to oligarchic, parliament would have revoked the Act of Toleration 1689.

More From Discover
Mind
Why Do We Hold On To Clutter?
Mind
Why the Human Brain Takes Decades to Develop
Mind
Research on Psychedelics and How Mushrooms Can Help Combat Depression
Mind
Weed Might Not Make You Creative After All
Mind
How Does Alzheimer's Disease Lead to Death?
Mind
Calming Kids With Electronics May Affect Emotion Regulation Skills
Recommendations From Our Store
My Science ShopDiscover STEM Kits
My Science ShopDiscover 2022 Calendar
My Science ShopStrange Science
My Science ShopElements Flashcards
Shop Now
Stay Curious
Join
Our List