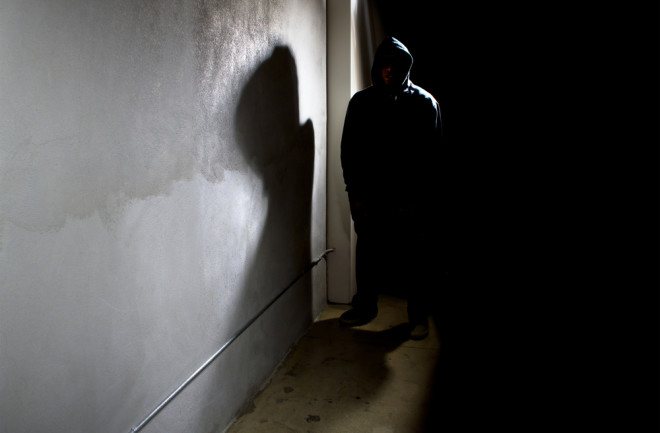 You’ve felt it at one time or another. You’re standing on a crowded train platform, or in the park, and suddenly, your alertness spikes: you’re being watched.

The hair on the back of your neck stands up. From some unconscious part of your brain, an alarm sounds: “Look over there!” Often, you turn and find your mind was playing tricks on you. But sometimes you turn and meet the eyes of a stranger whose gaze you’ve somehow sensed without consciously seeing it.

The idea that we can feel another’s person’s gaze has captured the attention of fringe researchers and parapsychologists for decades, but are we anywhere closer to explaining the roots this unnerving feeling? Does it exist?

For centuries, people have reported that they could sense when the “evil eye” was on them. Everyone knew the symptoms: the hair on the back of the neck stood up and tingles ran through the limbs. Around the world, many cultures created talismans to protect against this evil gaze.

For “proof” of this supernatural evil eye, one simply had to pair that funny feeling with looking up and noting someone really was watching from across the room. In fact, the evil eye belief was neatly ported over from traditional folklore to the pseudo-science of parapsychology in the 19th century. It was believed a person could “psychically” impact people by staring at them, and that theory carried on well into the 20th century.

As recently as 1995, the researcher Rupert Sheldrake – known for his lifelong crusade to prove the existence of telepathy – performed a series of studies that he claimed demonstrated people could “feel” they were being watched. He sent ripples of incredulity through the scientific community with this theory of “morphic resonance” — the idea that there are telepathic interconnections between organisms that stem from their collective memory. Whether they could see the watcher or not; he encouraged readers to perform their own similar experiments at home.

Other researchers got decidedly different results. In one rather creepy experiment, psychologist and skeptic Robert A. Baker “took up a physical position no closer than five feet and no farther away than 20 feet behind forty individuals … and for a period of time between five and fifteen minutes stared intently at the back of each individual’s head.” Thirty-five out of the 40 subjects reported no sense of being watched at all; two others reported that they felt they were being watched every day, all the time.

Baker followed up with a more formal experiment, in which volunteers sat in soundproof rooms separated by a one-way mirror. One volunteer stared at the other during certain intervals, while the volunteer on the other side of the mirror noted each time they felt they were being stared at. Not a single subject could guess better than two out of the 50 times they’d been stared at.

Clearly, the feeling of being watched depended on cues that couldn’t pass through opaque walls. So what sorts of cues might those be?

Social psychologist Ilan Shrira has spent much of his career studying the neurological mechanisms behind the feeling of being watched. He’s gathered a large body of data to support the existence of a “gaze detection” system, which we share with many other social animals.

According to all the evidence, Shrira says, “the feeling of being watched originates in the visual system.” Even if sound can alert us to someone’s presence, there’s no evidence that auditory cues could tell us whether that person was looking at us. What’s more, the only conclusive demonstrations of an accurate sense of being watched come from experiments in which the subjects had visual cues to go on.

That doesn’t mean, though, that the person who feels watched has to be aware of such cues. They often originate in our peripheral vision, and seem to make their way “upward” from our most instinctual awareness to our conscious minds.

“We get the initial feeling that someone in our peripheral vision is staring at us by their head and body positions,” Shrira explains. At that point, our instinctual alarm bells may go off – and we only need a quick glance in the direction of the potential threat to confirm (or dis-confirm) that we’re actually being watched.

The evolutionary reasons for such a system are clear. Eye contact is important for detecting predators and subtle social signals – like catching your friend’s eye from across a crowded room. The auditory system actually has an equivalent, known as the “cocktail party effect,” in which people can easily pick out their own name (or another important word) among the clamor of voices at a party.

In short, the truly spooky thing about the feeling of being watched is that it likely takes place below the level of conscious awareness – as does much of our brain activity. In fact, other studies have shown that our brains often reach decisions up to ten seconds before we become consciously aware we’ve made them. When it comes to mysterious unseen influence, that scientific fact may be eerier than any ancient superstition.

Still, the feeling of being watched is very difficult to test in the lab so there’s no firm explanation for this phenomenon. But when you get that unsettling feeling late at night, all alone in your home, are you going to trust the hair on the back or your neck or science?