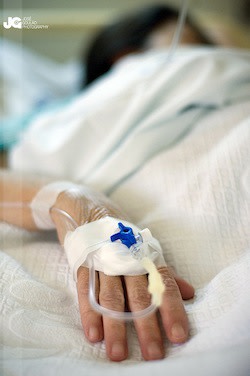 Dying is a touchy subject. Euthanasia makes people upset. Whichever side of the debate you are on, you are caught between the hard place of human suffering and the rock of informed autonomous free choice. Euthanasia is really a debate about not dying of natural causes. For so long, we've understood death to be only OK if it was natural or demonstrably accidental. Anything else was murder, manslaughter, or war. Not only God, but we humans, have set our canon against self-slaughter. "Voluntary active euthanasia," as Daniel Brock denotes it, is not natural, nor is it demonstrably accidental. Thus, we instinctively categorize it as morally wrong. Instead of attempting to root out the source of that instinct and investigating whether or not voluntary active euthanasia actually violates morality, many use the blurred line created as reason enough to oppose a chosen death. Ross Douthat of the New York Timesargues that Jack "Dr. Death" Kevorkian's efforts to provide assistance to those suffering created a moral slippery slope:

And once we allow that such a right exists, the arguments for confining it to the dying seem arbitrary at best. We are all dying, day by day: do the terminally ill really occupy a completely different moral category from the rest? A cancer patient’s suffering isn’t necessarily more unbearable than the more indefinite agony of someone living with multiple sclerosis or quadriplegia or manic depression. And not every unbearable agony is medical: if a man losing a battle with Parkinson’s disease can claim the relief of physician-assisted suicide, then why not a devastated widower, or a parent who has lost her only child?

Note that Douthat doesn't consider Parkinson's a medical disease. But more to the point – Douthat's argument is that we don't know what degree of suffering makes the choice to die morally palatable. Degree of suffering is the wrong criterion. None but the sufferer can define it and it can never be truly communicated. What is at stake here is not only the free and informed choice of the dying, but our very understanding of what it means to "die of natural causes." So how do we determine that the person choosing to die is doing so of sound mind, with all the necessary information and without coercion? Thankfully Sir Terry Pratchett has a suggestion:

That is why I and others have ­suggested some kind of strictly non-­aggressive tribunal that would establish the facts of the case well before the ­assisted death takes place. This might make some people, including me, a little uneasy as it suggests the govern­ment has the power to tell you whether you can live or die. But, that said, the government cannot sidestep the ­responsibility to ensure the protection of the vulnerable and we must respect that. It grieves me that those against assisted death seem to assume, as a matter of course, that those of us who support it have not thought long and hard about this very issue. It is, in fact, at the soul and centre of my argument. The members of the tribunal would be acting for the good of society as well as that of the applicant – horrible word – to ensure they are of sound and informed mind, firm in their purpose, suffering from a life-threatening and incurable disease and not under the ­influence of a third party. It would need wiser heads than mine, though heaven knows they should be easy enough to find, to determine how such tribunals are constituted. But I would suggest there should be a lawyer, one with ­expertise in dynastic family affairs who has become good at recognizing what somebody really means and indeed, if there is outside pressure. And a ­medical practitioner experienced in dealing with the complexities of serious long-term illnesses. I would also suggest that all those on the tribunal are over 45, by which time they may have acquired the rare gift of wisdom, because wisdom and compassion should, in this tribunal, stand side-by-side with the law. The tribunal would also have to be a check on those seeking death for reasons that reasonable people may consider trivial or transient distress. I dare say that quite a few people have contemplated death for reasons that much later seemed to them to be quite minor. If we are to live in a world where a ­socially acceptable "early death" can be allowed, it must be allowed as a ­result of careful consideration.

Douthat attempts to build a slippery slope argument out of the variety of human experience. Pratchett embraces that diversity and attempts to build a moral mechanism for dealing with the unpleasantness that comes with dying. But there is a second problem with death. What if I don't want to die a natural death? What if I want to live for a long long time, say 10,000 years? Interestingly, the same people who don't want me to die when I want to don't want me to live longer than I am "supposed to" either. To use technology to live beyond the statistical average lifespan is to violate some other set of values of humility in the face of death or some such pap. Bioconservative authors like Leon Kass and Frances Fukuyama have repeatedly argued that mortality is part of what gives human lives value. But here comes the twist. If you get sick, we'll pump you full of chemicals and strap you to whatever machine your health care plan will begrudgingly pay for, but don't live beyond the average. As Douthat says above, "we're all dying, day by day." What are our options here? Again, the draconian mores of "nature" rear their ugly head. Natural death as a concept binds us in the shackles of paradox. To make choices around death seem to violate a natural law to which we've all unconsciously agreed. None of us know when our time will come, but don't try die too soon, and don't try live too long. Death, it seems, is too important a decision for us to make. Like many anti-enhancement arguments, the answer is all too familiar: the most critical choices – those that impact our basic genetic code, what type of children we have, and how we die – ought be left to chance. Transhumanism is, in large part, an opposition to the mentality that creates the paradox of death. Death of natural causes is not good, it's just no one's fault. But in a world where so much death is caused deliberately, maliciously, and pointlessly, a death of natural causes can seem not just a mercy, but a blessing. Thus, we have come to cherish and value that which is but a morally neutral necessity. When another person chooses our death against our will, that is a moral wrong. Death by natural causes is morally acceptable because we cannot choose otherwise. But it is not morally good. Volitionally and autonomously choosing when one dies, now there is a moral good. There is no reason the circumstances of one's biological make-up and environment that determine one's expiration date must be abided by. If technology can allow us to stop short in the face of years of suffering or overcome an untimely gentle passing for another 20 years, why not? A fetishization of natural death should not hold us hostage to the quality and duration of our lives.

Image of patient by

HealthWhite Noise is the Newest Sleep Fad. But Can Playing It Really Help You Sleep?
Recommendations From Our Store